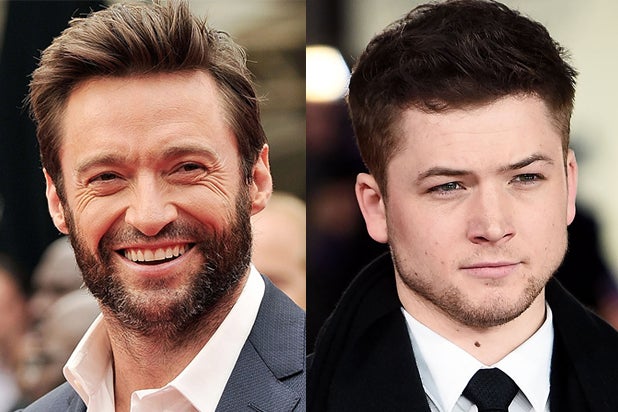 Hugh Jackman is set to mentor Taron Egerton in an upcoming movie about Olympic skier Eddie “The Eagle” Edwards that will be produced by Egerton’s “Kingsman: The Secret Service” director Matthew Vaughn, TheWrap has learned.

Dexter Fletcher is directing the untitled movie, in which Jackman will co-star as Chuck Berghorn, a ski expert who helped a down-on-his-luck Edwards train for the 1988 Winter Olympics in Calgary.

While Edwards placed last in the 70m and 90m ski-jumping events, he was hailed as a heroic failure, as he was the first person to represent Great Britain in Olympic ski jumping.

Egerton beat out several hot up-and-coming actors for the role following a strong screen-test with Jackman. Production could begin as soon as this spring, and the filmmakers are courting Timothy Spall to play Egerton’s father according to the Daily Mail, which first reported the casting news.

Jackman is gearing up to shoot “X-Men: Apocalypse” before he segues to Fox’s P.T. Barnum movie “The Greatest Showman on Earth.” He next stars in Neill Blomkamp’s “Chappie” and Joe Wright’s “Pan.” He’s represented by WME, Lou Coulson Associates and Sloane, Offer, Weber & Dern.

Egerton will soon be seen as a young spy alongside Colin Firth in “Kingsman: The Secret Service,” which Fox will release on Feb. 13 opposite “Fifty Shades of Grey.” He also co-stars in the Tom Hardy movie “Legend.” He’s repped by CAA and United Agents.

Fletcher appeared in Vaughn’s “Layer Cake,” “Stardust” and “Kick-Ass” before moving behind the camera for “Wild Bill” and “Sunshine on Leith.” He’s ripped by WME and Independent Talent Group.