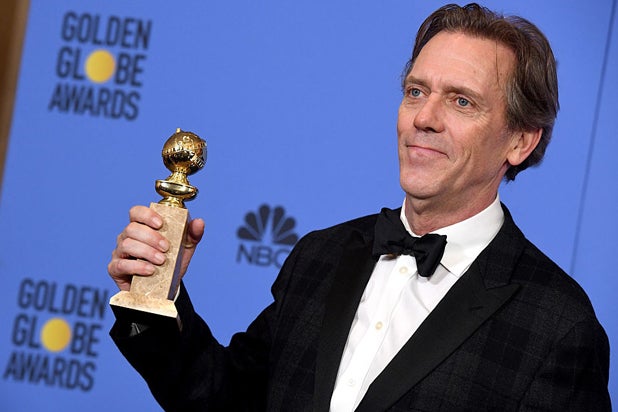 Hugh Laurie will star in HBO’s space comedy pilot, “Avenue 5” from “Veep” creator Armando Iannucci, it was announced on Wednesday.

The project currently has a pilot commitment with back-up scripts ordered. Not much is known about the comedy, with HBO only describing it as “a comedy set in the future, mostly in space.”

Laurie will play Ryan Clark, the charming and in-control American Captain of Avenue 5. The project is created and executive produced by Iannucci.

Laurie is no stranger to working with Iannucci. The former “House” star had a recurring role on “Veep” as Senator Tom James, the former flame and running mate of Julia Louis-Dreyfus’ Selina Meyer. He also recently completed production on Iannucci’s film “The Personal History of David Copperfield,” opposite Dev Patel and Tilda Swinton. Laurie was most recently on another Hulu series, “Chance” and AMC’s miniseries “The Night Manager.”

Laurie can next be seen on Hulu’s “Catch-22,” based on Joseph Heller’s seminal war novel of the same name, which will air next year.

Iannucci is best known for creating “Veep,” which garnered numerous Emmy awards for Louis-Dreyfus, helping her defeat the so-called “Seinfeld” curse. He departed the show after its fourth season. “Veep” will end its run on HBO next year.