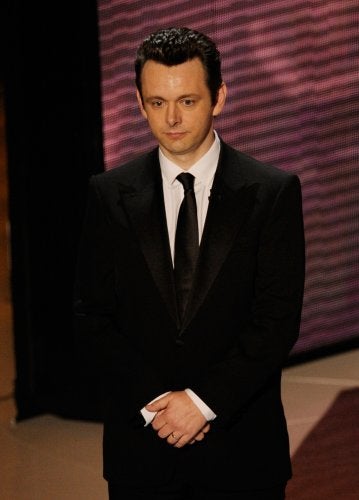 The "Lethal Weapon" star unleashed the p.c. fashion police with his Hugo Boss boycott. In the process, Glover ensured that Hugo Boss’ award show presence this year was one to forget, the company acknowledged in an internal memo obtained by TheWrap.

Glover joined with a labor union to protest Hugo Boss’ closure of its Cleveland plant by petitioning stars to shun the company’s clothes at last Sunday’s ceremony.

Glover managed to create red carpet havoc, as many stars steered clear of tarnishing their liberal bona fides, by seeming insufficiently sympathetic to the 300 people who will be laid off when the the Ohio factory closes in April.

The memo gives a tip of the hat to the actor, noting that "…due to the recent boycott spearheaded by actor Danny Glover , our wardrobing efforts were significantly diminished for this year’s Academy Awards."

The memo does go on to note that a few celebs risked a backlash by donning Hugo Boss tuxedos. Among those donning Hugo Boss were presenter Michael Sheen, Sandra Bullock main squeeze Jesse James, and "District 9" director Neill Blomkamp. Not exactly an A-list troupe.

See the full memo below: 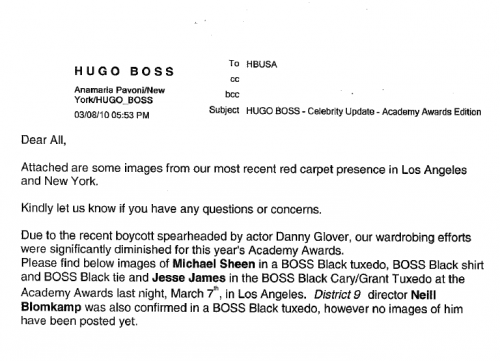