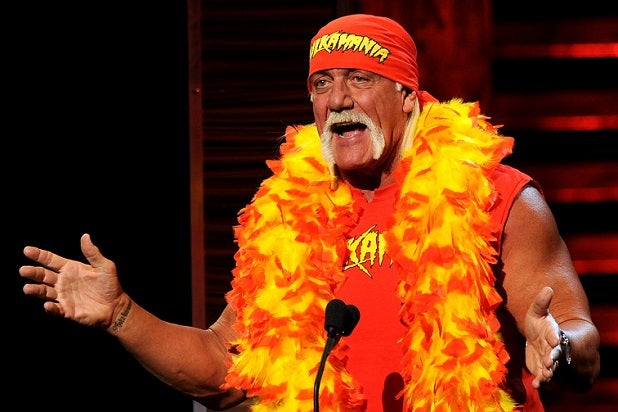 Hulk Hogan is in talks with WWE about “how he can help others learn from his mistakes,” a WWE rep told TheWrap.

Could it mean a return to the federation he dominated for years? Don’t start pre-ripping your red and yellow t-shirts just yet. The wrestler, actor and Gawker destroyer is not under any contract with Vince McMahon’s pro-wrestling promotion.

“We have had discussions with Terry Bollea (aka Hulk Hogan) about how he can help others learn from his mistakes, however, he is not under any contract with WWE,” the WWE spokesman said.

Should the Hulkster return to the WWE, it will probably be in what’s called an “Ambassador” role, one company insider told TheWrap.

That generally involves speaking engagements, autograph signings, taking pictures, cutting ribbons, shaking hands and mentoring the young Superstars of WWE and NXT. Should that go well (and if he is received well by the general public), it would not be inconceivable that Hogan’s role within the organization could grow.

Hogan’s downfall began years ago, when Gawker posted a video of Bollea having sex with his best friend’s wife, Heather Clem. He also used the N-word in recordings that became public.

The former pro wrestler sued Gawker Media in a case that eventually led to a $140 million decision in Hogan’s favor — and hurled the business toward bankruptcy in 2016.

The parent company’s assets were sold to Univision, which shut Gawker down.