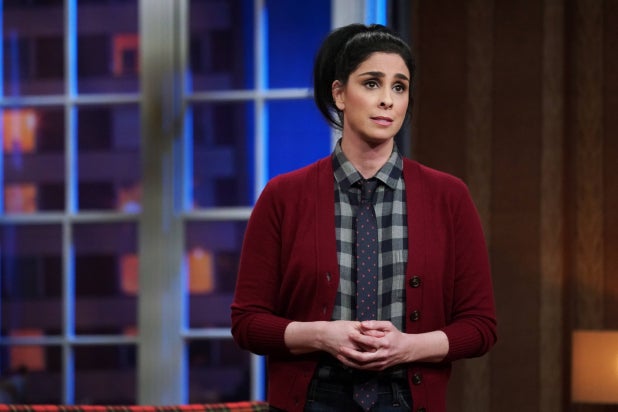 Hulu has canceled “I Love You America, With Sarah Silverman” after one season, Silverman announced on Wednesday.

“Well, Hulu cancelled I LOVE YOU AMERICA and we’re all pretty damn heartbroken. … So in traditional twitter funeral style, I’ll be RTing the love,” the comedian wrote on Twitter Wednesday.

Well, Hulu cancelled I LOVE YOU AMERICA and we’re all pretty damn heartbroken.

… So in traditional twitter funeral style, I’ll be RTing the love.

The series debuted in 2017 and aired 21 episodes in its only season, though it was split into two parts. The variety-talk series was a mash-up of a monologue, interviews and field segments that aimed to unite the politically-divided country.

“I Love You America” is the latest topical series to be canceled by a streaming network, as questions remain about the viability of a contemporary series in an on-demand environment. Last year, Netflix canceled its late-night series with Joel McHale and Michelle Wolf — though it still has Hasan Minhaj’s “The Patriot Act.”

Hulu did not own “I Love You America,” Silverman and Funny or Die did. Silverman executive produced the series with Adam McKay, Amy Zvi and Gavin Purcell.

“We are so proud of ‘I Love You, America’ and congratulate Sarah, the producers and the entire team for engaging thoughtful conversation and showcasing such diverse points of view every week,” Funny or Die said in a statement. “Whether it was connecting with firemen in Mineola, Texas over ‘pooping their pants’ stories, or going on a blind date with a conservative lobbyist in D.C., Sarah’s commitment was boundless and there is nothing more to say than “we lerve you” to the whole crew.”