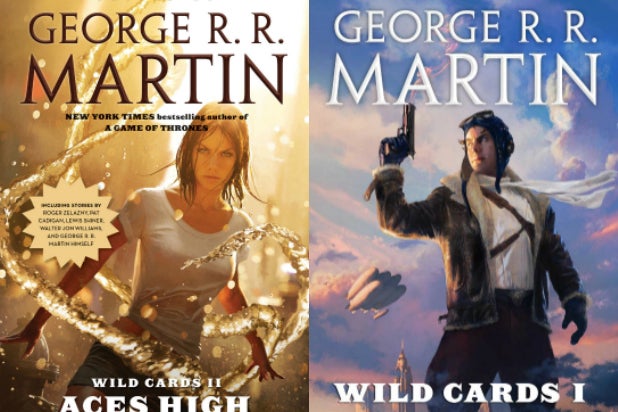 Hulu is in early development on a pair of TV shows based on “Game of Thrones” author George R.R. Martin’s “Wild Cards” book series.

The projects would create a shared universe on the streaming network, with Andrew Miller on board to write and executive produce two separate series. Universal Cable Productions, which bought the rights to “Wild Cards” in 2016, will produce along with Hulu.

Set in the present, the “Wild Cards” books explores the aftermath of an alien virus (dubbed the “Wild Card” virus), released over Manhattan in 1946 that killed 90 percent of those it infected.

In the survivors, DNA was altered, creating grotesque physical deformities, except for a tiny percentage who develop superhuman powers instead. Called the Wild Card virus, it has passed down through generations, and can go undetected until suddenly activated by a traumatic event — at which point the carrier is either killed, mutated or granted god-like powers.

Martin will executive produce along with Melinda Snodgrass, who co-edited the books with Martin, and Vince Gerardis. The “Wilds Cards” books were first released beginning in 1987, with more than 40 different authors having contributed to more than two dozen books. The series is a shared universe of anthologies, mosaic novels and stand-alone stories that are edited by Martin and Snodgrass.

Martin also executive produces UCP’s “Nightflyers,” which is based on his novellas and airs on Syfy.

Martin, of course, is best known for his “A Song of Ice and Fire” novels that HBO adapted into its mega-hit “Game of Thrones,” which on Tuesday announced that its eighth and final season will premiere in April.