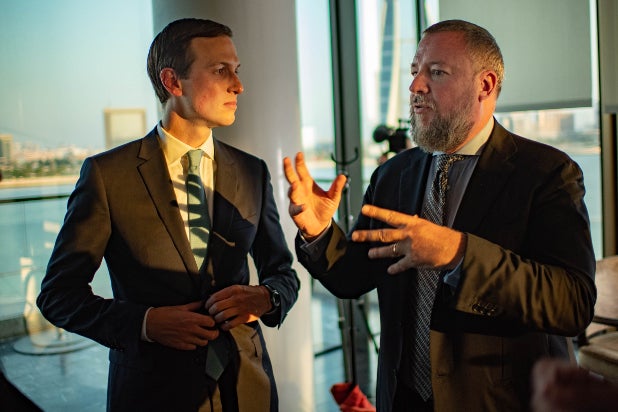 A month after Showtime revived the weekly “Vice” docuseries that HBO canceled, the digital media company has landed a second docuseries with Hulu called “Vice Investigates.”

Each of the 10 “Vice Investigates” episodes will provide audiences with an in-depth experience exploring timely topics and questions, such as the complex geopolitical divide between Iran and Saudi Arabia; a deep dive into the seldom seen human side of K-Pop rockstars; and a first-hand look at the experiences of intersex and transgender athletes attempting to redefine the gender lines of competition in a non-binary world.

The series will debut its first three episodes on Nov. 1, with the rest rolling out monthly beginning in December.

Here are the descriptions for the first three episodes that will debut on Nov. 1:

Amazon On Fire: Emmy award-winning VICE News correspondent Seb Walker will take audiences to the front lines of the fires blazing throughout the Amazon where politics are rolling back decades of work to save the forest and potentially the planet. As Brazil’s President Jair Bolsonaro is confronted with an unprecedented ecological disaster conservationists are placing blame squarely at his feet. Key interviews include French President Emmanuel Macron, an outspoken critic of the government’s response, as well as indigenous people and ranchers who have been living on the land for generations but are in bitter opposition over its value, legacy and stewardship.

Russia’s War on Hip-Hop: Hip-hop has taken Russia by storm, quickly becoming one of the most popular genres among young people. But the Kremlin claims Hip-hop artists are encouraging drug use, violence, and other social ills, and now their concerts are being cancelled. Emmy award-winning VICE News correspondent Alzo Slade embeds with Russia’s most controversial musicians to explore artistic freedom under Putin’s governance and examines the intersection of culture and politics though this new cultural phenomena.

A Middle East Divided: After almost two years of reporting around the globe, VICE Founder Shane Smith provides a definitive look at the escalating tensions in the world’s most volatile region. With authoritarianism on the rise, record-breaking military spending, and ever increasing tensions between Iran and Saudi Arabia, VICE travels to Yemen, Israel, Bahrain, and Lebanon to better understand the Middle East’s ever-changing geopolitical landscape. The episode will feature on-the-ground reporting and new in-depth interviews with world leaders including Senior White House Advisor Jared Kushner and the architect behind Trump’s Iran policy, Brian Hook.