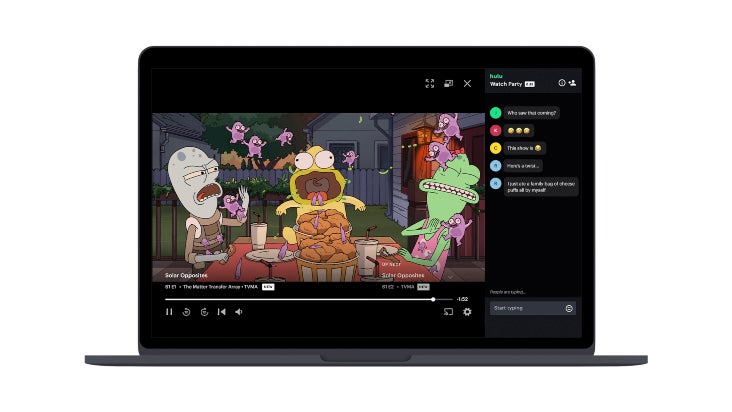 Hulu will now allow users that subscribe to its ad-free streaming service to watch shows with friends as part of a new testing feature called Hulu Watch Party. While there are plenty of third-party sites for group video streaming, Hulu’s test marks one of the first times a major streamer has added group watching technology directly into its service.

The Hulu Watch Party feature is available on Hulu.com and will run on PC and Mac computers that have Hulu-compatible browsers. As of now, the feature is not available on any of Hulu’s apps on smart TVs, iPhones or Android.

Up to eight people ages 18 and up can join a virtual room that will synchronize on-screen content and let users chat live. If a viewer falls behind, a “click to catch up” button will immediately let them rejoin the rest of the group. To access the new feature, users need to click on the “details” tab on a show or movie in the Hulu library and then send the provided link to invite people to join their group.

Third-party co-watching sites, like Rabbit or Netflix Party, have long provided the ability to synchronize content but often at the price of added advertisements, watermarks, or, in the case of Netflix Party, a chat function that never minimizes and forces viewers to watch a much smaller version of the actual videos. BBC announced last week it added a similar technology called BBC Together to its streaming services, including its main platform BBCiPlayer.

A Hulu spokesperson said the streamer added the feature in a bid to keep people connected during ongoing social distancing. “At Hulu, we recognize that watching your favorite shows and movies with loved ones is vital to feeling connected… as we continue to stay-at-home, we also wanted to help viewers stay engaged with friends and family outside their homes as well,” the company stated Thursday.

Hulu Watch Party is only available in beta test format for subscribers to Hulu’s $12 monthly ad-free subscription. A source familiar with the operation said Hulu expects the Watch Party test to be ongoing as the company evaluates user feedback.