Broken Lizard, the comedy team behind the “Super Troopers” franchise, has returned with a new film called “Quasi” that’s a satire of the “Hunchback of Notre Dame” story.

“Quasi” kicked off production on Wednesday for Searchlight Pictures. The film will be intended as a Hulu Original in the U.S., as well as on Disney+ and Star overseas.

Broken Lizard’s Kevin Hefferman will direct “Quasi” from a script co-written by the group’s members Steve Lemme, Jay Chandrasekhar, Paul Soter and Erik Stolhanske, all of whom will star and executive produce. Also starring in the film is Adrianne Palicki (“The Orville,” “Friday Night Lights”).

The film follows a hapless hunchback who only yearns for love, but finds himself in the middle of a murderous feud between the Pope and the King of France when each orders the hunchback to kill the other.

Richard Perello is producing the feature.

“I’m très, très excited to get the Broken Lizard gang back together,” Heffernan said. “But I’m even more excited to finally put my PhD in French Medieval Studies to use. It’s been a long time coming.”

“We’re excited to do something without mustaches,” another member of Broken Lizard added.

“We love Broken Lizard and are always thrilled to collaborate,” Searchlight heads of film production DanTram Nguyen and Katie Goodson-Thomas said in a statement. “Kevin, Steve, Jay, Paul and Erik are a boisterous, talented and hysterical group. We look forward to seeing them bring their raunchy charm to this satirical take on The Hunchback of Notre Dame.” 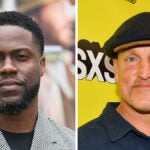 Heffernan and Chandrasekhar are represented by UTA, Lemme by CAA, Soter by Echo Lake Entertainment and Stolhanske by CSP Management. Palicki is represented by WME.