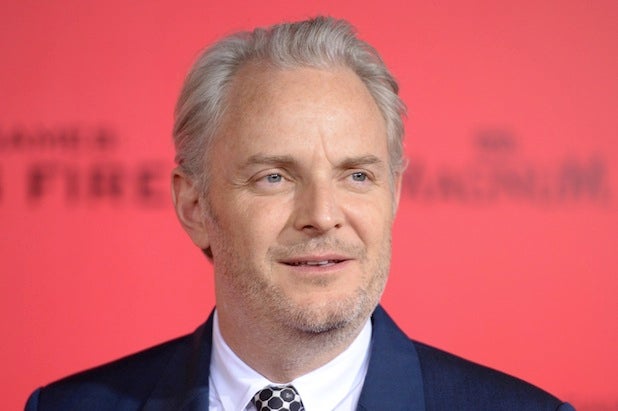 Director Francis Lawrence is circling the “Battlestar Galactica” movie, TheWrap has learned, although he is not yet attached to the project.

Having directed the last three “Hunger Games” installments, bringing futuristic television series to the big screen is right up his alley.

Lisa Joy, of HBO’s “Westworld” will write the script to what’s being described as a reimagining of the 1978 television series created by Glen Larson.

Bryan Singer was at one time attached to direct the Universal movie, but he has since dropped out.

Scott Stuber (“Ted” series, “Identity Thief”) and Dylan Clark (“War of the Planet of the Apes,” “Oblivion”) will produce through their Bluegrass Films, involved in upcoming releases “The Free State of Jones” and “Central Intelligence.”

Fans of the 2003 version of “Battlestar” that aired on Syfy should be pleased that moviemakers are taking into account the popularity of the show, which made TIME Magazine’s list of the “100 Best TV Shows of All-Time.”

Jay Polidoro, Universal’s vice president of production, will oversee the project for the studio.