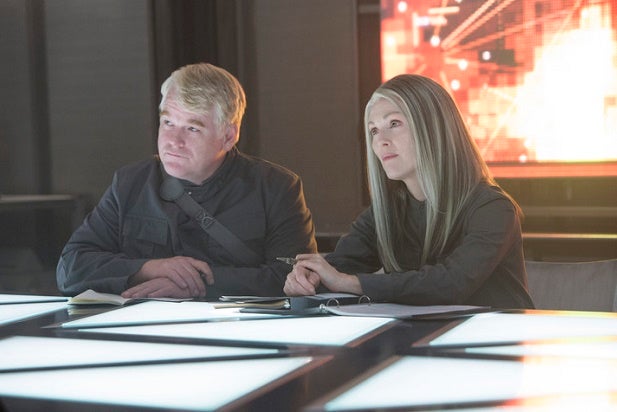 “The Hunger Games: Mockingjay – Part 1” is the most anticipated movie of the fall, according to a survey released Monday by Fandango.

The third installment in Lionsgate’s “Hunger Games” franchise, starring Jennifer Lawrence and Josh Hutcherson, was the top choice of more than 1,000 fans who were asked what movie they were most looking forward to seeing from September through November.

“With the ‘Catching Fire’ cast and director all returning to the franchise, plus the addition of Julianne Moore, the penultimate ‘Hunger Games’ film promises to continue the franchise in electrifying fashion,” said Fandango’s chief correspondent Dave Karger.

“Mockingjay – Part 1’ arrives in theaters on November 21, with advance tickets available on October 29.