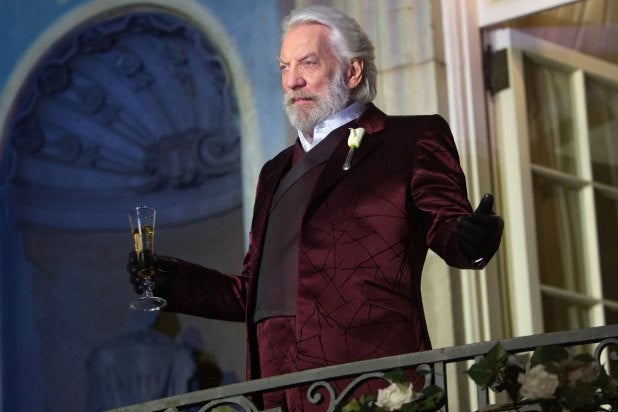 It’s hard to imagine anyone other than Donald Sutherland portraying President Snow in “The Hunger Games” movies, but had he not personally asked to play the part, the role would have certainly gone to someone else.

See photos: The Evolution of Jennifer Lawrence: From ‘Monk’ to ‘Mother’ (Photos)

In an interview with GQ, Sutherland said he had never heard of Suzanne Collins‘ best-selling young adult books before reading the script for the film. But once he learned about the project, he had to go out of his way to be considered for the film.

“Nobody asked me to do it,” Sutherland said. “I wasn’t offered it. I like to read scripts, and it captured my passion. I wrote them a letter.”

His letter was delivered to Gary Ross, who wrote and directed the first “Hunger Games.” Ross hired Sutherland, who has played the tyrannical ruler of Panem in each of the films, including the upcoming movie, “Mockingjay — Part 1.”

“The role of the president had maybe a line in the script, maybe two,” Sutherland said. “Didn’t make any difference. I thought it was an incredibly important film, and I wanted to be a part of it. I thought it could wake up an electorate that had been dormant since the ’70s.”

At age 79, Sutherland also admitted that landing starring roles in movies has always been a challenge for him throughout his career.

“You know, after ‘Ordinary People,’ I couldn’t get an audition for a year,” Sutherland said. “There was one film that I wanted. Something about dancing. I think it was ‘Flashdance’? And the producer said to [my agent, Ron Meyer], ‘You would have a better chance getting the part than he would.'”