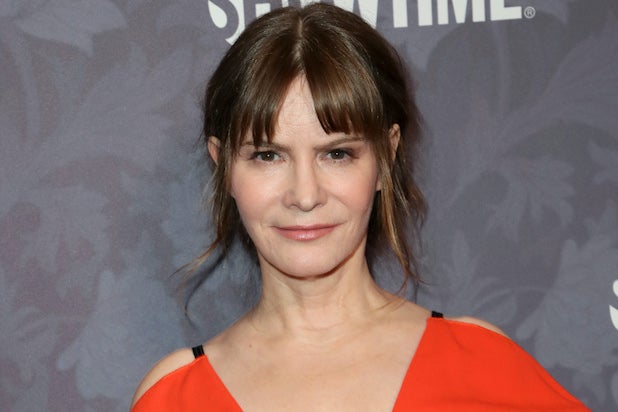 “Hunters” follows a diverse band of Nazi hunters living in 1977 New York City. The Hunters, as they’re known, have discovered that hundreds of high-ranking Nazi officials are living among us and conspiring to create a Fourth Reich in the United States.

The first season, which launched last year on Feb. 21, starred Al Pacino, Logan Lerman and Jerrika Hinton. As of right now, we know that Lerman and Hinton will be returning, but there’s no word yet on if Pacino will be back.

“The Hateful Eight” star Leigh has joined the cast of “Hunters” Season 2 in the leading role of Chava. No details about the character have been provided and the plot for the show’s second batch of episodes is being kept under wraps.

She currently stars in the Netflix dramedy “Atypical.” She will next appear in Netflix’s movie “Woman In The Window,” opposite Julianne Moore and Amy Adams, and the Apple TV+ series “Lisey’s Story,” a limited series based on the Steven King novel, also alongside Moore.

Her other notable previous credits include starring with Benedict Cumberbatch in the TV adaptation of the Edward St. Aubyn novel series “Patrick Melrose,” and alongside Matthew McConaughey in “White Boy Rick.” Broadway credits include Sam Mendes’ 1999 Cabaret, David Aubum’s 2001 Proof, and House of Blue Leaves 2011.