The film completed its first run in domestic theaters in November, and debuted in the home entertainment market in January to robust sales and rental results. But last weekend, Summit re-introduced the Best Picture winner into 274 locations, grossing an impressive $439,000. 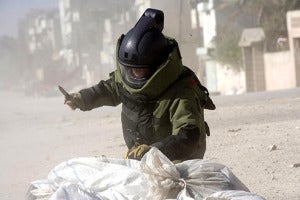 In explaining their decision not to release the movie wider, Summit officials noted that it is not customary with “exhibition’s general policy to not re-release films that have already entered the home entertainment marketplace.”

Summit officials reportedly had a tough time convincing exhibitors to show a movie that had already been out on DVD for nearly two months.

Released on DVD and download since Jan. 12, Summit has sold 780,000 copies of “Hurt Locker,” with the film also generating 3.9 million rentals at brick-and-mortar locations. It’s been a fixture on the top 10 rental charts since its DVD release.

Over 1.5 million of the film’s rental and sales transactions have been VOD.