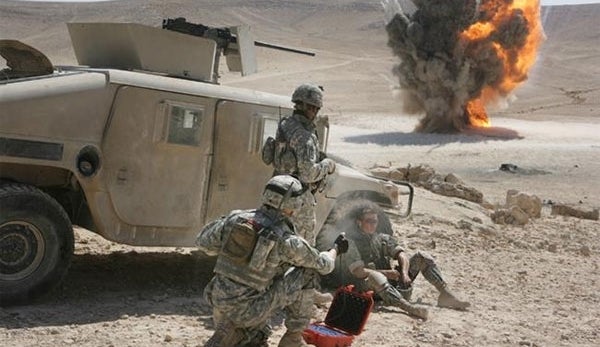 It seems simple enough: Make piracy less attractive by forcing consumers who share pirated movies to pay for them.

Several court cases in Washington, however, are providing a  lesson in just how hard that can be.

As lawyers representing movie producers try to get 14,000 consumers to each pay from $1,500 to $2,500 for copyright violations, they are running into complicated legal issues.

There are questions about the practicality of asking internet service providers to find user names and addresses for thousands of people. There are also issues surrounding what sort of legal notice should be provided to people before their information is turned over, and questions about whether account holders have to be given the opportunity to challenge requests for their personal information.

It's also not certain whether all of these consumers should be grouped in a single lawsuit, when the circumstances surrounding their infractions may be widely different. Finally there are questions about whether consumers can be sued far from home or have to be sued locally.

All those questions were raised this week as Federal District Court Judge Rosemary Collyer in Washington heard challenges to subpoenas for information for several cases and even she admitted how complicated the questions were.

“I feel like I was terribly naïve,” she told lawyers in court in suggesting she initially went too far forward in approving requests to determine the names of the file sharers without asking some important questions. “I think I have to be careful.”

Still she said she also questioned some of consumer Free Speech violation arguments.

“It is free speech to take something?” she said.

She temporarily put on hold requests for providing additional consumers information while lawyers work out a notice that will better advise consumers of their rights before any information is turned over. She also cut down the number of requests for IP lookups.

Now the “US Copyright Group,” a name used by Washington area law firm Dunlap Grubb and Weaver has filed the cases on behalf of producers of films including “The Hurt Locker,” “Far Cry, ” “The Chaos Experiment,” “Call of the Wild 3D,” “The Steam Experiment,” “Uncross the Stars” and “The Gray Man,” and “Smile Pretty” among others.

Each is against so-called “John Doe” defendants and the first step is to identify from IP addresses who provided part of movie files that BitTorrent used for its sharing service. To speed downloading, BitTorrent takes pieces of a movie from as many as 50 people.

At the hearing, both Time Warner Cable and consumer groups challenged the user name requests. The consumer groups include the Electronic Frontier Foundation, the American Civil Liberties Union, and Public Citizen.

A Time Warner Cable lawyer said the company just couldn’t handle the large number of requests the law firm was making—it said it could only handle looking up 28 to 45 names a month. It also questioned a Washington court’s jurisdiction over its subscribers, none of whom live anywhere near Washington.

Corynne McSherry, an attorney for the Electronic Frontier Foundation speaking on behalf of consumer groups, questioned whether the cases were appropriately handled together, whether they should be heard far from a consumer’s home and whether consumers had been given adequate notice to object.

She said while some people could have shared files, because the sharing could have been done by minors or visitors individual factual determinations should be made against each sharer.

She also questioned whether proper notice was being provided notice to consumers whose records were being sought and why consumers who live far from Washington should have to fight out any challenges far from home.

Attorneys for the law firm defended the requests for information and handling the cases in Washington. They said only after the names have been gathered could decisions be made on whether the cases should more appropriately be filed elsewhere.