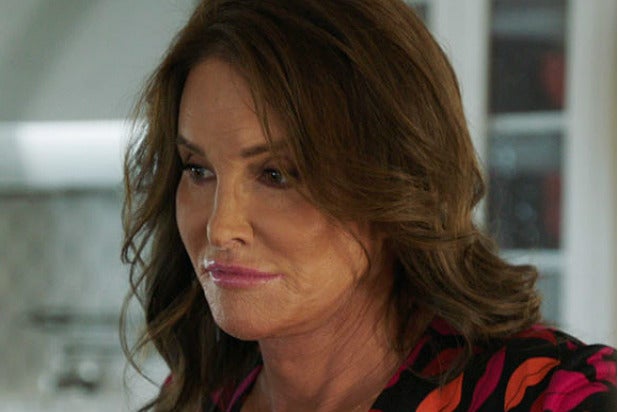 Minutes into the series premiere of E!’s Caitlyn Jenner reality series “I Am Cait,” the show’s hashtag became a #1 trend on Twitter and remained for the duration of the hourlong episode, and beyond.

The series, which documents Jenner’s transition to a woman, had viewers in tears from the very beginning, judging from the social media reaction.

“So moving! Such strength from Esther and Caitlyn,” said one Twitter user, referencing an emotional conversation between Jenner and her mother, Esther.

“I freakin love #IAmCait,” said another. “This soul @Caitlyn_Jenner is a champion in any gender. Maybe that’s the message here.”

Those in the transgender community seemed to feel the series hit especially close for them.

On the more comical side, some couldn’t help but comment on the Kardashians’ penchant for self-promotion, especially on their various reality shows on E!.

Also Read: Caitlyn Jenner Fears for Transgender Youth in New 'I Am Cait' Promo: 'We Don't Want People Dying Over This' (Video)

“not Kylie plugging in her hair extensions line. I AM SCREAMING!!!” said kyliesaysparty.

The episode also featured Kim Kardashian and her husband Kanye West showing their support for Jenner, prompting viewers to muse about the importance of the hip hop superstar taking such a public stance on trans issues.

Below are a sampling of social media reactions to E!’s “I Am Cait” series premiere.

I freakin love #IAmCait This soul @Caitlyn_Jenner is a champion in any gender. Maybe that's the message here.

I keep waiting for a cut-away shot of Kris Jenner passed out drunk in some back ally gutter pissed off that #IAmCait is trending worldwide.

Watching #IAmCait makes me excited, honestly. I cannot wait to start my transition.

You may change your name, you can add or remove body parts, but if you were born a guy, you will always be a guy. #IAmCait

Throwing away Bruce's clothes to make room for Caitlyn……. Out with the old in with the new. #IAmCait

not Kylie plugging in her hair extensions line. I AM SCREAMING!!! #IAmCait

I freakin love #IAmCait This soul @Caitlyn_Jenner is a champion in any gender. Maybe that's the message here.

I really like how they're showing Caitlyn's mom struggling through the transition and being emotional. Important to see. #IAmCait

yes caitlyn is beautiful, her makeup/outfits/etc, but the real beauty is her courage & strength to live her truth; looks are luck #IAmCait

Caitlyn looks so beautiful. Truly. The outside matches the inside now. #IAmCait

#IAmCait is my first episode of any Kardashians show. They talk about tweeting so much!

#IAmCait has me in tears. No one should have to take their own life because they can't be themselves

Hey society, lets accept each other for who we are, no judgment, and get along! One thing #IAmCait is helping us to learn

#EstherJenner is making me tear up – talking abt how she's prouder NOW than when Bruce won the gold medal. #IAmCait

It's so huge that @kanyewest is going out of his way to be supportive of @Caitlyn_Jenner. He's going to make major strides in hip hop.

Anyone would have forgiven #IAmCait to focus completely on Caitlyn. So beautiful to see the spotlight being shined on other trans stories