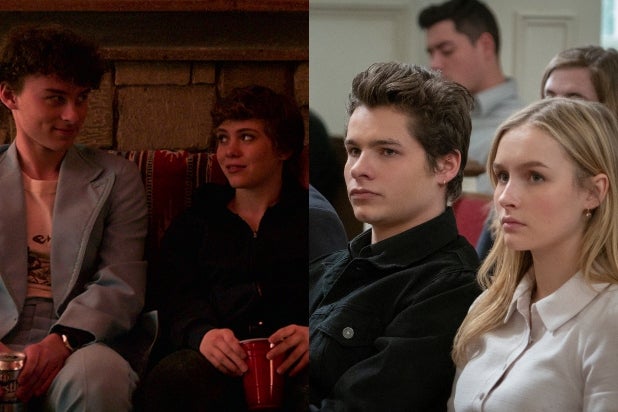 Netflix has canceled freshman young adult series “The Society” and “I Am Not Okay With This” after giving them season two renewals due to difficulties related to the coronavirus pandemic.

“We’ve made the difficult decision not to move forward with second seasons of The Society and I Am Not Okay With This,” a Netflix spokesperson said in a statement to TheWrap.

“We’re disappointed to have to make these decisions due to circumstances created by COVID, and we are grateful to these creators, including: Jonathan Entwistle, Christy Hall, Shawn Levy, Dan Levine, Dan Cohen and Josh Barry at 21 Laps Entertainment for I Am Not Okay With This; Chris Keyser, Marc Webb and Pavlina Hatoupis for The Society; and all the writers, casts and crews who worked tirelessly to make these shows for our members around the world.”

Also Read: 'It' Stars Sophia Lillis and Wyatt Oleff Admit 'I Am Not Okay With This' Does Feel a Bit Like Derry

“The Society,” a teen drama described as a modern retelling of “The Lord of the Flies,” had already been renewed for a second season last summer. “I Am Not Okay With This,” which starred Sophia Lillis and Wyatt Oleff from the “It” movie franchise, had been renewed but not announced yet, and scripted were written, a person with knowledge of the situation told TheWrap. Netflix executives were pleased with the series’ performances, but the decisions were based on uncertainty around production dates, balancing the needs and availabilities of a cast as large as the one on “The Society,” and unexpected budget increases due to the pandemic.