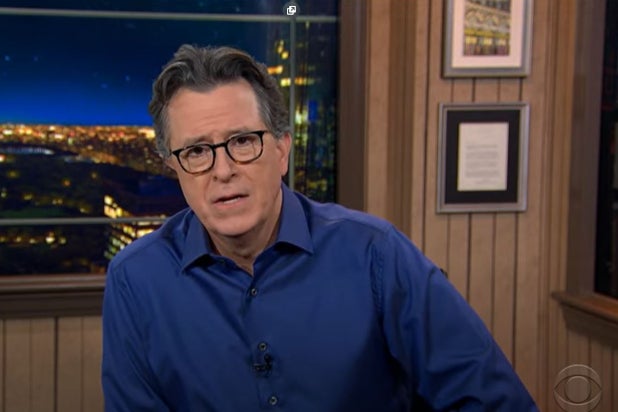 In Wednesday’s episode of “The Late Show,” Stephen Colbert took aim at Texas Gov. Greg Abbot’s decision to open the state at 100% capacity and lift mask mandates, with some help from Clint Eastwood and Sergio Leone.

Taking footage from the spaghetti Western “The Good, the Bad and the Ugly,” Colbert repurposed the film’s famous Mexican standoff between Eastwood, Lee Van Cleef and Eli Wallach to illustrate the standoff that’s happening in the southwest right now regarding COVID-19 safety measures.

In case you missed it, on Tuesday Abbot made a surprise announcement that he ending almost all COVID safety measures, reopening that state at 100% capacity and withdrawing mask mandates. The decision, soon imitated by the governors of Mississippi and Alabama, was widely criticized because, well, the pandemic is still very much raging across the country and many Texans are particularly vulnerable after a winter storm left them without power for weeks.

So, in the clip, Eastwood’s and Van Cleefe’s faces are digitally covered with masks while Wallach’s isn’t, and the three of them end up arguing about mask use.

Eventually, everyone agrees to take Eastwood’s advice — “Why don’t we just wait until we’re all vaccinated and then kill each other when it’s safe.” But, the standoff ends prematurely starts when someone says “I can’t wait to get my shot!” and Eastwood obliges them with real bullets.

Watch Colbert’s parody below, and below that compare it to the original scene.

On #LSSC tonight: There’s a western movie that addresses Texas rolling back all Covid restrictions. pic.twitter.com/r4gWegaP3A