I remember catching the "Lost" pilot when it first aired in the early aughts — my, how time flies! — and that I changed the channel about 5 minutes in.

Being a sensitive television viewer, I just wasn’t up for a harrowing doomed-airliner experience that didn’t involve Leslie Nielsen. (I probably flipped to a rerun of "Felicity" — can you believe they would just cut short a J.J. Abrams show like that? And with so much unresolved! But I digress.) 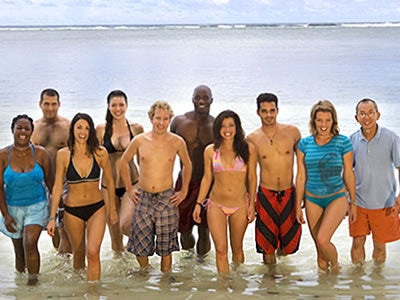 Years went by, and I never again occasioned upon the "Lost" television program. (Not for lack of trying. The first time I landed on "Lost" and started really getting into it, it turned out to be "Gilligan’s Island." Another time I watched three episodes in a row and figured I was catching on … but that was actually "Survivor.")

Well, tonight, I will be front-and-center for this episode of "Lost," because dang if the hype chorus isn’t at full throttle.

I don’t know what’s so special about it, but everywhere I look it’s "Lost" this and "Lost" that.

Newspapers! The Tweetterers! A telephone-pole flyer celebrating the "Lost" dog (so cute)!

Even my local news anchor is talking about tonight’s episode like it’s the greatest thing since canned beer! (Maybe he’s seen it because you get super high-level VIP perks for being a major celebrity, I don’t know; but if Chuck Henry is talking about it, dammit, I want to be a part.)

And I’m sure they’ve LONG since resolved the airplane-crash thing, so I won’t have to endure that nightmare again, thank goodness.

I had no idea Michael Moore was in this show. Also, the "Goonies" recall I appreciate. There appear to be parts of the island with facilities and cars and so forth, where the characters go to clean up and carry on their normal lives from time to time. For some reason they act like they don’t know one another while there, but I assume this will all be explained.

This is reminding me how much I like weepy string music; need to get some of that on the iPod. Buzz Aldrin looks much younger than I remember him from "Dancing With the Stars," and he seems to be some kind of villain, though not when in a wheelchair. Then he’s nice. Maybe he’s twins. Anyway, I trust this’ll get cleared up later.

One guy makes the mistake of pulling a giant plug out of an ancient drain — didn’t "Indiana Jones and the Kingdom of the Crystal Skull" teach us anything? — but another guy puts it back, so it looks like the "2012" scenario is averted. Oh but wait! A small jet is trying to get off the runway before the earth crumbles beneath it! Somebody call Roland Emmerich.

Everybody goes to church. It’s a church where every religion is represented in the stained glass windows — even the Worshippers of the Wagon Wheel. The guy whose dead dad showed up goes back to bleeding on the island, and is joined by that "Lost" dog. Though the one I saw on the flyer was a chihuahua; this appears to be a golden retriever. No matter, though. I’m sure it’ll all make sense in time.