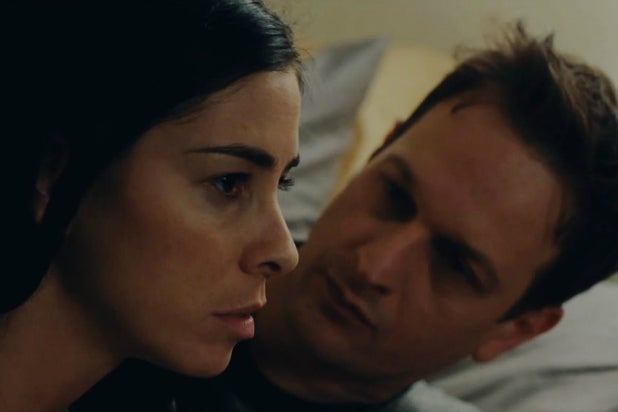 It’s impossible to destroy yourself without inflicting collateral damage on your loved ones. That conundrum defines the gilded-cage existence of housewife Laney (Sarah Silverman), who isn’t living life as much as she’s chemically numbing herself against an interminable series of obligations.

Cocaine, alcohol, uppers, downers, anything but her meds — she’s taking them all, Laney tells her rehab doctor (Terry Kinney), neglecting to mention her eating disorder and the affair she’s having with the husband (Thomas Sadoski) of a fellow mom at her kids’ school. At least she’s open about her daddy issues.

Laney will be catnip for armchair psychologists eager to diagnose her, but director Adam Salky (“Dare”) resists the urge to label her one thing or another. That hesitation is the film’s biggest flaw. Laney’s medley of maladies would ring terrifyingly true in real life, but on screen, the character comes across as opaque and underdeveloped despite a vulnerable and committed performance by Silverman.

“I Smile Back” adopts the trendy “grimdark” sensibility — best expressed in ultra-bleak, hyper-violent, punishing-to-watch fare like “The Dark Knight” trilogy and TV’s “Game of Thrones” and “Sons of Anarchy” — and applies it to Betty Friedan’s “problem with no name.” Like so many well-to-do housewives of Friedan’s “Feminine Mystique” era, there’s nothing outwardly wrong with Laney’s life, which makes her chronic unhappiness invisible, if not inexplicable, to others. On paper, at least, that novel union of voguish mood and the premise is a worthwhile experiment.

Nearing 40, the wife and mother of two seems to have everything required in her tony upstate town: a mansion, an SUV, and clean-cut corporate husband Bruce (Josh Charles). Laney’s marriage is nebulously portrayed — it’s not clear if she cheats on Bruce because he won’t listen to her shamed confessions or because she can’t help sabotaging herself — but it’s clear she loves her children far more than herself. “I don’t deserve to be your mother,” she tells her older son Eli (Skylar Gaertner), too stoned or high or drunk to realize that she sounds more scary than sweet.

Also Read: Sarah Silverman to Return to 'Masters of Sex' for Recurring Arc 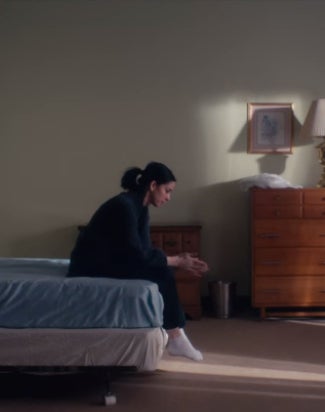 A short stint in rehab only taps the brakes on Laney’s increasing recklessness before she skids out of control. None of her episodes are more compelling than an early scene in which she does something unseemly with her young daughter’s teddy bear — a not-easily-explainable act that exemplifies Laney’s parental inattention, sexual escapism, and unstable childhood. And she’s not as skilled at hiding her desperation as she thinks: Eli soon develops anxious tics that will make him an even bigger outcast at school.

That inheritance of discontent — from Laney’s father to her, and from her to her son — is the film’s most intriguing theme. But like the rest of Paige Dylan and Amy Koppelman’s script, it feels half-formed and too afraid to affect. Laney’s spin-out ends in an incident of brutal realism, but even then, we know so little about what makes her tick that it’s hard to know how she feels about the momentous decision she makes in the final scene.

It’s okay if Lainey doesn’t have a clear sense of the topography of her unhappiness. But we shouldn’t spend more time wishing for a map than exploring the landscape of her misery.