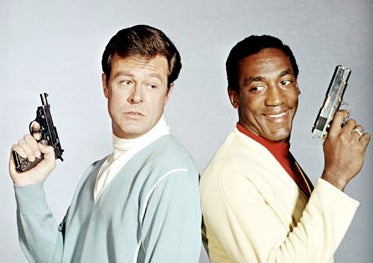 Actor Robert Culp, 79, who starred in television’s "I Spy" in the 1960s and "The Greatest American Hero" in the ’80s, died Wednesday morning after a fall at his Hollywood home, authorities said.

According to the Los Angeles Times, Culp was rushed to Queen of Angels Hospital shortly after 11 a.m. after hitting his head while walking outside his house, said LAPD Lt. Bob Binder. He was found by a jogger who called 911, and paramedics, patrol officers and detectives responded to the scene.

Culp was pronounced dead at the hospital a short time later, the Times said. A preliminary investigation found that his death was accidental, Binder said. An autopsy by the Los Angeles County Coroner’s office is pending.

"I Spy" ran from 1965 to 1968, taking its team of spies to exotic locales all over the world. It was notable for being the first non-comedy TV series to star a black actor. The popular duo reteamed in the 1972 film "Hickey & Boggs," directed by Culp and written by Walter Hill.

Culp also worked behind the camera, directing one episode of "I Spy" and two of "The Greatest American Hero," in which he co-starred with William Katt in the first half of the 1980s.

Culp also wrote a two-part episode of "The Rifleman," as well as several episodes of both "I Spy" and "Greatest American Hero."

Younger viewers might remember Culp from CBS’ long-running sitcom "Everybody Loves Raymond," in which he played the father of Patricia Heaton’s character in 11 episodes.

His final movie appears to be "The Assignment," written and directed by Timothy J. Nelson, and characterized by IMDb.com as being in post-production.