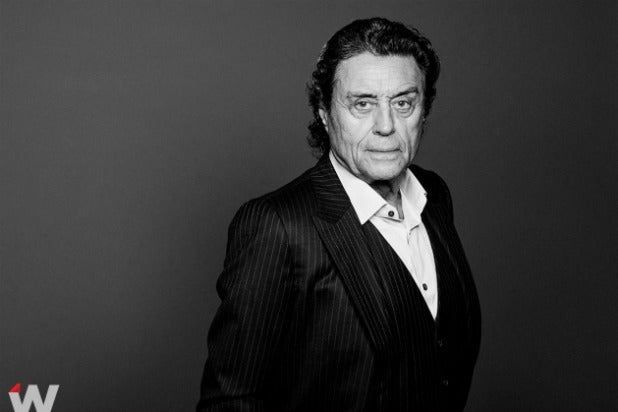 Ian McShane suggests that when “white people” are asked about race, they “should shut the f— up.”

The “American Gods” star has been known to not hold back on voicing his opinions on showbiz and politics, and that proved to be true once again when discussing how the push for diversity in Hollywood has changed the conversation around race and gender.

“When asked about race, white people should shut the f— up,” he told The Telegraph this week. “What are they supposed to say? You just have to zip it.”

McShane lamented that “there can be no proper discussion of race and gender anymore,” and says part of the reason for that is the #MeToo movement, which he thinks has gone “too far.” He specifically points out Jeffrey Tambor’s ousting from “Transparent” over sexual harassment accusations as an example, though he says the actor was fired because “it all became so political.”

He also had harsh words for network TV dramas — most of which he says are “really the same show every week with a twist” – the BAFTAs, which he calls a “crapshow,” and he’s still amused that “Game of Thrones” fans got mad at him for calling the show “only tits and dragons” after his cameo appearance.

“I couldn’t believe that reaction!” he said “But that’s the problem when you have these cult-like supporters.”
The mudslinging sure hasn’t stopped McShane from getting work. In addition to “American Gods,” which has been renewed by Starz for a third season, McShane is set to star in “John Wick: Chapter 3,” the upcoming reboot of “Hellboy,” and the jazz biopic “Bolden.” He will also return to arguably his most famous role, Al Swearengen, in the TV movie return of “Deadwood” on HBO.

Also Read: Ian McShane to 'Game of Thrones' Fans: 'Get a F--ing Life'

“I hope work won’t stop,” he says. “I love what I do. There aren’t many jobs where as you get older they pay you better and you get better parts.”