(Warning: Minor spoilers ahead for episode 4 of “iCarly” on Paramount+)

The fourth episode of Paramount+’s “iCarly” revival saw both Carly and Freddie trying to figure out their romantic lives. Though there’s nothing between the two right now, fans of the original series are hoping to see the “Creddie” ship set sail once more. And according to Freddie Benson himself, Nathan Kress, that hope may not be totally misplaced, but there are a lot of contributing factors.

For Freddie, the challenge right now is just dusting himself off and getting back into the dating world after his second divorce. Meanwhile Carly is still reeling a bit from being dumped by her most recent boyfriend, Beaux (Conor Husting), and realizing that she has a bit of a type: himbos. They both have some things to work through.

“The whole point of this show is that all of us are figuring out our lives and dating an exploring everything that the late 20s have to offer, and all the challenges therein,” Kress tells TheWrap. 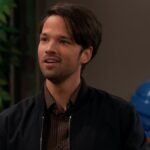 That said, the actor can acknowledge that “it’s only natural” that fans, especially fans of the original, are already gravitating back toward the Carly/Freddie pairing, especially since Sam’s not around anymore. Though he has no idea if Creddie is “endgame,” Kress knows that their old chemistry hasn’t just gone away, especially since they still live so close to each other.

“I think that there’s still some leftover feelings and some complicated interactions that they have, and I’m sure that that will probably be explored as time goes on,” Kress notes.

Of course, being a revival, “iCarly” has already taken advantage of the opportunity to make new characters part of the fabric of the show. According to Kress, it will keep doing so, and that could create some roadblocks for the pair too.

“There’s no guarantees in this world. We’re introducing new characters all the time, who could shake up the calculus between Carly and Freddie,” Kress cautions.