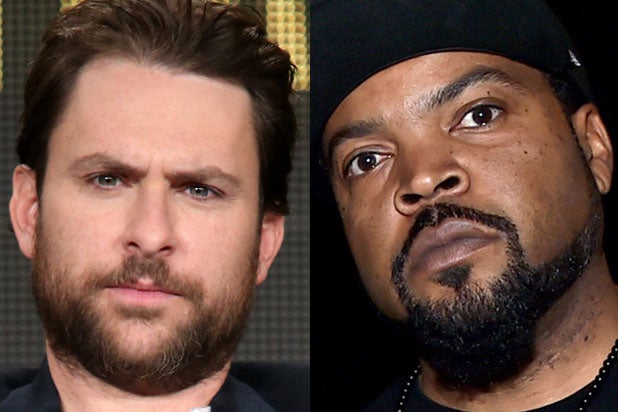 Ice Cube and Charlie Day (“Horrible Bosses”) are being eyed to star in New Line’s comedy “Fist Fight,” an individual familiar with the project has told TheWrap.

Shawn Levy, Billy Rosenberg and Max Greenfield are producing for 21 Laps, whose Dan Cohen will oversee the project for the company. New Line executives Sam Brown and Dave Neustadter will oversee on behalf of the studio.

Van Robichaux and Evan Susser wrote the script, which follows a mild-mannered English teacher who is challenged to a fist fight by a much tougher colleague who suspects the English teacher is trying to get him fired.

Day is being sought to play the English teacher, while Ice Cube is in talks to play the tough guy… just in case you were confused.

There’s no director attached yet, but expect one to come aboard shortly, as the studio would like to start filming in the fall after Ice Cube promotes “Straight Outta Compton.”