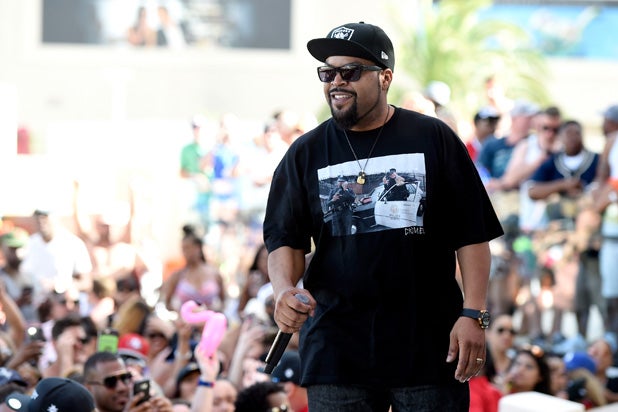 Ice Cube is going to be fully focused on his BIG3 3-on-3 basketball league’s inaugural championship in Las Vegas on Saturday, but he isn’t blinkered to the racial tensions erupting across the country.

While previewing the BIG3’s big weekend games, the rapper/director/actor/”Straight Outta Compton” producer talked to TheWrap about Trump’s America in the wake of the Charlottesville, Virginia, violence that left one woman dead.

While racism has been on the forefront of many conversations since the unrest in Charlottesville on Aug. 12, Cube said that his feelings about it are “no different than my feelings before.”

He says racism persists whether or not people address it.

“You’ve got this racism that gets covered up in a façade of political correctness. But every once in a while, the façade falls down and you get a chance to see behind the curtain at the bare naked, raw racism that the world has been hiding for God knows how long,” he explained. “We [Americans] don’t deal with our problems head on — we make excuses, we do a lot of yelling and every so often the façade falls down again.”

He continued: “Here we are again in the same position we were in before, it [racism] never goes away because there forces that don’t want it to go away. Even if it is not publicly acceptable, it is institutionally acceptable. And that’s just as bad … so here we are again.”

Cube went on to say that while people have been focused on the high-profile national anthem protests that have been spreading across the NFL, many of them have already forgotten “the real issue that [former San Francisco 49ers quarterback] Colin Kaepernick was protesting in the first place, which is police brutally. That’s the issue.”

“Our society … likes to take the easy route when dealing with hard subjects. We talk about the smoke and not the fire,” he said.