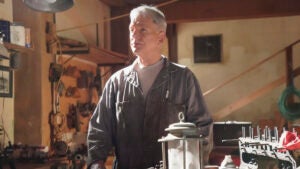 ”It’s very important for young women who look like me, to know that it’s possible,“ Bartlett tells TheWrap about becoming the first African American woman on an agency board

Power agent and ICM’s Head of Talent Lorrie Bartlett has been on quite the ride lately. Not only does she boast a stellar client list that includes Regina King, Michael Keaton, and Lucy Liu, among others, but Bartlett in 2019 became the first African American woman to join the board of a major Hollywood agency.

And she doesn’t plan on stopping there. In a wide-ranging conversation with TheWrap, Bartlett talked about her rise in Hollywood, and how she wants to create more access for newcomers, expand opportunities for talent to explore other hyphenates, and allow more space for women, people of color, and for people of the LGBTQ+ community.

“There’s room for so many points of view. And there’s so many different people out in the world that we’re doing a disservice to our companies if we don’t recognize that,” she told TheWrap. “I do think that there’s a groundswell of real desire to move forward in a significant and impactful way, by all the agencies.”

Read the full interview, edited for clarity, below.

How did you get your start in the talent agency business? You started working for some legendary women.

I worked for Joan (Hyler). I was her assistant. And I should just say that, before I moved to Joan’s desk, I actually worked for a woman who was solely a literary agent. Then, I got the opportunity to meet for Joan’s desk. And she worked with both actors and writers and directors. I’d love the full package like that. But I worked for a woman named Bobbi Thompson, who really is the woman who discovered Tim Burton. She saw Frankenweenie and went, “This guy’s a genius.” She discovered James Cameron. She discovered Michael Lehmann. Ang Lee — she saw short of his and went, “That guy’s talented.” She really taught me something that I didn’t know it at the time, but this idea that, trust your taste.

What appeals to you is probably going to appeal to a lot of people. And to really hone your craft that way. It really does start with how you respond to the things that we read and see, and watch. So to be able to say, this person has something to say that’s going to appeal to a wide number of people, that’s an interesting trait to try and cultivate.

Joan was just an amazing mentor, an incredible, larger-than-life in a way. And I loved the sort of grand way she would represent her clients. And I always thought that was also something that, as I matriculated, I wanted to take with me — this idea that our jobs as agents is to think bigger and grander on behalf of the clients. That we should be thinking about some stuff they don’t even think about yet. Or, we see the possibilities. I always loved trying to intermix the two of those things.

How did you pivot to Gersh?

I left William Morris and then went to work at The Gersh Agency and Bob Gersh said, “Listen, our company’s not that big.” He said, “Listen, we’ll evaluate in six months, and let’s see how you’re doing.” True to his word, he promoted me. It was an incredible place for me to learn how to become an agent. It really was because at Gersh, it’s really about finding people you can break and you take more chances. And it’s a little more of a volume business in that regard, in terms of tasking. And it’s why the company’s so successful. And there’s some really great agents at Gersh. So it was a really great place for me again, to really trust that artistic side of the agents business, as opposed to just the business side.

I think one of our biggest tasks is to help navigate between art and commerce. It’s like being able to find that really commercially viable part that doesn’t make the client feel like they’re selling out or whatever. Then, find those heartbeat movies. Like Keaton, he’s going to go do “The Flash,” but he got to do “Worth” that Netflix is going to release. And it was a beautiful story, and it’s a very human story. So getting able to being able to do that kind of stuff is really… I think what I learned a lot at Gersh is just figuring out how to navigate those two entities, the commercial versus the artistic. And hopefully a lot of the times they mesh, but they don’t always.

After spending 16 years at Gersh, why did you leave for ICM?

I came to ICM with one of my colleagues from Gersh, a guy named Chuck James. We just worked on a lot of people together. And as it turned out, both of our contracts were up. And the business was evolving, in the sense that you had actors who wanted to direct, or wrote a script and wanted to produce, or had an unscripted idea or had this. And the agency just was not set up to support that kind of expansion of the multi-hyphenate.

So it made sense to go to an agency that felt like, “Oh, you have all these resources at your fingertips that you can utilize and help your client expand the business.” We had a number of offers, and it just felt like ICM was a place that you could be an individual and establish yourself and be entrepreneurial on behalf of the clients in a way that felt personal and unique and encouraging.

How do you feel about becoming the first African American woman at an agency board?

I think that Chris Silbermann wanted me to join the board as a recognition of the work that’s being done at the company. I also think that there has been, certainly from the top-down, a very intentional effort to make sure that women were being recognized for the work that we were doing. And I think Chris felt like it was just an important statement to make, that he wanted a woman who is a Black woman, who’s been successful, at the forefront of decision-making and policymaking at the agency. It’s been really incredible, and I personally don’t love these kinds of things, just because I’d rather just let the work speak for itself. But I also think it’s very important for young women who look like me to know that it’s possible. That for me has been a really clear benefit of being a little more out front and out loud.

I do think that we talk about it a lot internally, and obviously things shift and evolve all the time in this business. And I think trends are something that you want to just… If, you’re not setting them, certainly be aware of them, and make them a positive trend. We are in the representation business. We’re not a media conglomerate. Really, we’re about helping our clients excel in any area that they want to go into. That’s our job. So when I have an actor who becomes a director, who comes up with an unscripted idea and gets to produce, or an actor who writes and directs, as well, that’s fun and that’s being entrepreneurial.

However way that takes us, we remain trendsetters, as well as trend creators, as well as just great personal advocates on behalf of the clients. I think you can look at the deal that (ICM CEO) Chris Silbermann made for Shonda Rhimes at Netflix — that was a standard. He set the bar. And then, you had people who followed that, but he led by example. And it’s those sorts of things that we’re proud of. And I’m certainly proud of all the really great work that we’ve gotten to do on Regina King’s behalf, over the last several years. She’s won four Emmy’s, and she’s won an Academy Award. She directed her first movie.

What are your thoughts on the whole gender parity issue at the agencies?

I think you set goals for yourself and you try and make them. And sometimes you do, sometimes you don’t. I do think that we were probably even ahead of the game, even when we said, “Hey, we’re going to go for 50/50 by 2020.” That felt like a goal that was a doable thing. Half of our departments are either run or co-run by women at the agency. I think we may have more women than men at the agency, now.  I think it’s just about being intentional. It’s about people understanding that there are young women, young people of color, young people who are out, as in the LGBTQ community, but don’t have role models perhaps. And in the trans community.