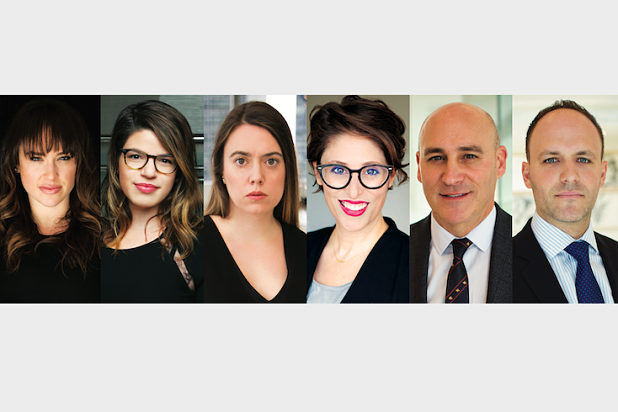 ICM Partners has promoted six agents to partners, the company announced on Monday morning. The new partners include four women and two men from across several departments within the agency.

“All six of these outstanding agents has earned their way into our partnership by sustained excellence, creativity and effectiveness in the representation of our clients,” ICM Partners said in a statement. “They all have extensive examples of building and advancing our clients careers through their great taste, intuitive-strategic-vision, a dedication to teamwork and the passion it takes to win for our client’s day in and day out. We could not be prouder to recognize them as Partners. We are proud to welcome these outstanding agents into our Partnership. Each has earned their way through dedication to teamwork, outstanding taste, as well as their passion for advancing the careers of our clients. Each of these outstanding agents make a unique and important contribution to our culture, which is a major factor in their ascendance to Partner.”

Courtny Catzel has had a rapid rise at ICM Partners since joining the agency in 2012. In 2018 she was elevated to Co-Head of New York Non-Scripted Programming, alongside new partner Shade Grant. Catzel represents premium non-fiction and documentary creators, as well as unscripted, news and sports talent. She works with multi-hyphenates Karamo Brown (Netflix’s “Queer Eye”), Gretchen Carlson, Soledad O’Brien, Meredith Vieira, Ali Wentworth, and ESPN’s Peter Rosenberg and Jay Williams.

Di Glazer began her tenure at ICM as an assistant in 2011 and quickly rose to Co-Head of the Theater Department, becoming the youngest department head at ICM and the youngest theater department head across any agency. She has been featured as part of Variety’s New Leaders and New Power of New York issues.

Andrea Johnson grew up on a farm in Lynchburg, Ohio and received a BA in Music with a focus in classical voice from Miami University of Ohio. She joined ICM Artists as an assistant in the classical music management division in 2001 and was promoted to agent in 2003. Johnson left to run the performing arts division at The Agency Group from 2007-2014 before returning to ICM Partners in 2014. She now looks after a diverse roster of acclaimed artists that includes David Foster, Michael Feinstein, Jane Lynch, Straight No Chaser, ThePianoGuys and Wyclef Jean.

Craig Shapiro is a veteran talent agent with over 25 years of experience. He joined ICM Partners in 2010 and is known to have a great eye for talent and deep-rooted relationships with Hollywood’s most influential producers and executives. Shapiro is making a significant impact with over 35 clients on the air in series television, and his impressive client list includes Patrick Adams, Laverne Cox, Eugene Levy, Scott Foley, Walton Goggins, Regina Hall, Russell Hornsby, Holly Hunter, Bill Pullman, Michael Sheen, Ian Somerhalder, Christopher Walken and Jacki Weaver to name a few.

Howie Tanenbaum is another homegrown success story at ICM Partners. He started at the agency in 2008 as an intern, was promoted to agent in 2012 and has since built a thriving business. Tanenbaum has been involved with current and upcoming series such as Netflix’s “Spinning Out,” “Gentefied,” “Magic Order” and “Chicago Party Aunt,” Hulu’s “Solar Opposites,” Amazon’s “The Peripheral” and CBSAA’s “Star Trek: The Lower Decks.” Among the producers he works with are; Vault Comics, Gary Dauberman (UCP), Chris Morgan Productions (Sony) and Neil Meron (UTV).