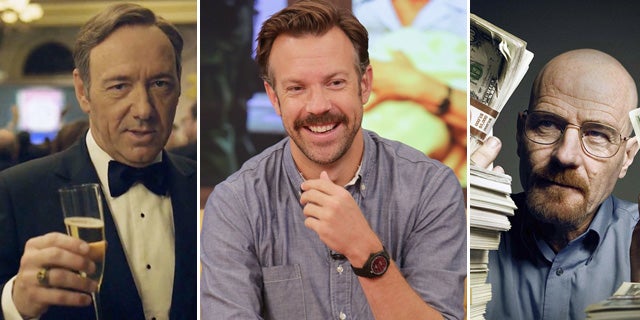 Hollywood Studios' Message to Executives: Embrace Digital or Die
The rise of Warner Bros. CEO Kevin Tsujihara and President of Paramount Television Amy Powell seems to suggest that major movie studios are preparing for a future some seasoned execs never would have predicted.

Can 'Saturday Night Live' Survive Its Cast Exodus?
With Jason Sudeikis following Bill Hader and Fred Armisen out the door of the Rockefeller Center, NBC's long-running sketch show might be in trouble. "SNL" veteran Jon Lovitz talked with TheWrap about the future of the show; plus what projects are in store for recent 'SNL' graduates.

Hollywood's Trouble With China? It Has All the Leverage
China may be the biggest  international box office market, but that doesn't mean Hollywood has figured out how to capitalize on it, yet.

Bombs! Flops! Duds! How the Summer Box Office Could Still Be Biggest Ever
Despite five tentpole failures, the box office is still on track to have a shot at topping the $4.32 billion record set in 2011.

How Cate Blanchett Got Ready to Play a Boozer in Woody Allen's 'Blue Jasmine'
The Oscar-winning actress tells TheWrap's Steve Pond how she prepared to play a socialite in what Pond calls "the darkest, toughest, grimmest film" Allen has made in years.

7 Bright Spots to End a Crowded, Messy Summer at the Movies
Tired of the onslaught of CGI explosions and end-of-the-world scenarios at the movies this summer? Don't give up on Hollywood just yet. Here are seven flicks that might be the critical picks you've been waiting for.

What We Learned About Netflix This Week: Emmys Breed Confidence
Chief Content Officer Ted Sarandos and CEO Reed Hastings revealed several things about the future of the popular subscription service. Here's one you might be interested in: Will all those critically-acclaimed original productions lead to higher subscription prices?

Superhero Career Boost or Bust? Rating Hollywood's Moves From Hugh Jackman to Ryan Reynolds
Hugh Jackman has clawed his way to an Oscar nomination in between portraying the "X-Men" character, most recently in "The Wolverine." Other actors pretending to have superpowers haven't been nearly as lucky.

'Breaking Bad' Premiere: Bryan Cranston, Aaron Paul & Cast on What to Expect in the 'Final 8' (Video)
This is the last premiere this show will ever have, so fans might as well take a moment to enjoy it.

And now, here are two stories you don't necessarily need to read. But you know you want to.

Anthony Weiner's Wife Speaks: 'I Love Him, I Forgive Him, I Believe in Him'
Because after all the public humiliation his internet activity must have caused her, you kinda need to see read it to believe it.