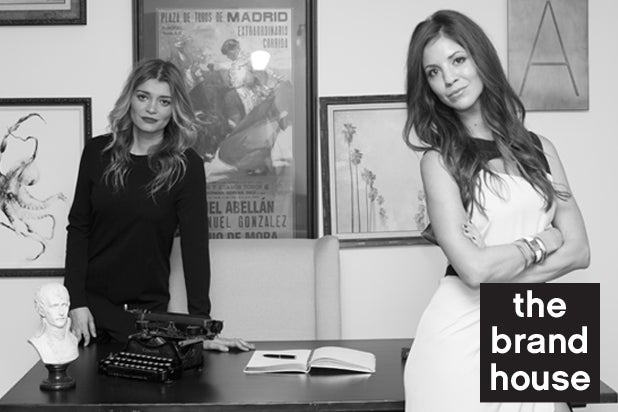 Lauren Camp, most recently Director of Entertainment and Brand Strategies at the firm, and Priscila Martinez, Account Supervisor are partnering in the new venture. The two had worked together under Brand Strategies SVP Heather Greenfield on accounts like Guess, Tiffany, Nintendo and Restoration Hardware.

They will also take on new special event clients in the entertainment space, having previously worked on events like the Environmental Media Awards, the “Sh*t Girls Say” book launch and Elle’s Women In Hollywood. Both are known quantities on the event circuit and as client faces at festival popups like Sundance and during Oscar week.

“We do talk to press, but our landscape has changed so much in recent years that calling ourselves a ‘public relations firm’ would not reflect all of the work we do,” Martinez told TheWrap of the conspicuous absence of “PR” in the new company’s name.

“We do a lot of retaining celebrities, contract negotiation and, considering how digital has grown in the past couple of years, we wanted a name that reflected and encapsulated all of that,” Martinez said.

“ID has been so supportive,” Camp told TheWrap.

“(CEO) Kelly (Bush), (President) Mara (Buxbaum), and Heather Greenfield were pure elegance (when we told them our plans),” Camp continued. “I have nothing but gratitude for the mentorship and experience I got at ID and I couldn’t think of partnering with anyone else but Priscila.”

“We wish them the very best,” ID’s Greenfield told TheWrap.

Camp, a North Carolina native, previously worked at PMK*BNC and at Disney in national publicity after starting her career at WME. Martinez, a Pepperdine grad from Southern California, previously worked in-house at clothing line G-Star before spending seven years at ID.

“We couldn’t be more appreciative of everything we learned and the mentorship we received (at ID). In this field though, it’s time for us to spread our wings and start our own thing and I’m happy to be doing it together, Lauren and I.”

They begin working as The Brand House on March 31.