“American Idol” cratered to its lowest viewer total since 2002, but the declining giant’s remaining demo power, combined with the sustained presence of freshman “Glee,” pushed Fox to victory in the key adults 18-49 demo.

Meanwhile, the combined forces of “The Biggest Loser” and “Parenthood” pushed NBC into second place for that same benchmark. 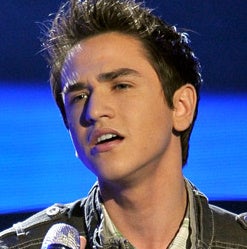 GOING OUT WITH A BANG: Winding down to its May 23 finale, ABC’s “Lost” spiked 5 percent in the key demo to a 3.9/10, while drawing 9.5 million viewers. ABC finished Wednesday tied with CBS for third in the adult demo race.

BAD NIGHT FOR ‘NAVAL’ GAZING: CBS’ “NCIS” block had its worst night of the season, with the flagship dropping 11 percent to a 3.1/9 demo score (and 14.8 million viewers) and start-up “NCIS: Los Angeles” declining 13 percent to a 2.8/7 (and 14.2 million viewers). It was a season/series low for the latter freshman.