“American Idol” contender Michael Lynche has reportedly been kicked off the reality-competition show after his father allegedly outted his success on the show to a local paper.

According to a New York Post report, which cites a popular “Idol” fan blog, Lynche was booted after his father told Florida paper The St. Petersburg Times that his son had made the cut to 24 singers. 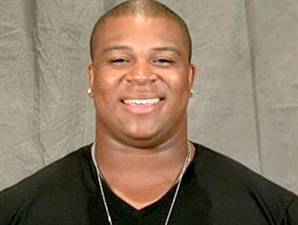 This would constitute a violation of “Idol” rules, which require singers and their families to keep the results mum until they’re broadcast.

There’s no word yet as to who will repolacxe the contestant, known on the show as Big Mike. Fox has thus far declined comment.