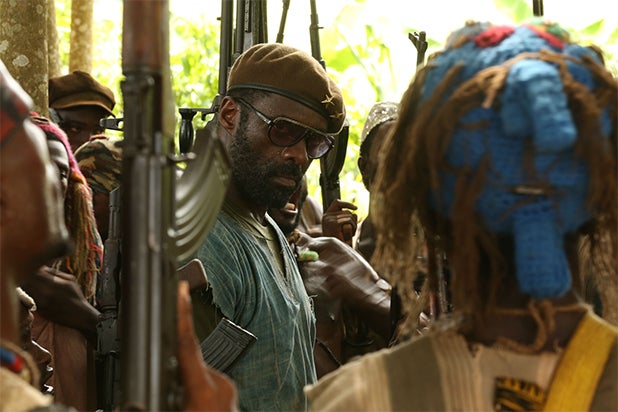 Idris Elba is going from Nelson Mandela to the leader of a child army for the follow-up to his Golden Globe-nominated role in “Mandela: Long Walk to Freedom.” Elba and director Cary Fukunaga are currently in production on “Beasts of No Nation” in Ghana, and the first photo has been released.

The adaptation of Uzodinma Iweala’s novel of the same name follows a young boy named Agu, who is forced to join an army in an unnamed West African country after civil wars tear his family apart. His mother and sister flee on a bus while the men in the family are killed or separated in the aftermath. Elba plays the role of Commandant, the leader of the group Agu joins.