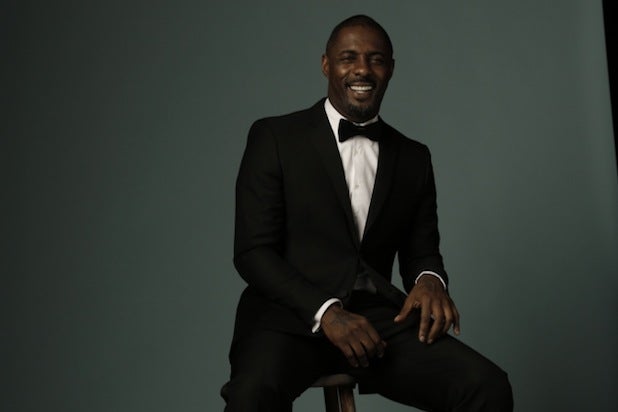 New James Bond author Anthony Horowitz probably wishes he could redo a recent interview, during which he said that Idris Elba is “too street” to play the iconic spy.

“Idris Elba is a terrific actor, but I can think of other black actors who would do it better,” Horowitz told the Mail Online, and suggested Adrian Lester (“Hustle”) instead.

“For me, Idris Elba is a bit too rough to play the part. It’s not a color issue. I think he is probably a bit too ‘street’ for Bond,” the “Trigger Mortis” author continued. “Is it a question of being suave? Yeah.”

By the time of this writing on Tuesday morning, “Idris Elba” was the top-trending Twitter topic — and the vast majority of the responses were anywhere but in Horowitz’s corner.

Below are 11 of our favorite tweets mocking the quote. Elba is not booked to play the new Bond, but fans have started a noisy grassroots campaign to get producers to consider the “Wire” star for the role.

If you google Idris Elba‘s name, here are the first three images that show up. pic.twitter.com/znVTiqibfP — Saeed Jones (@theferocity) September 1, 2015

Idris Elba is “too street” …. WHAT STREET DO YOU LIVE ON

Idris Elba is “too street” …. WHAT STREET DO YOU LIVE ON — Mikelle Street (@MikelleStreet) September 1, 2015

So Idris Elba is too ‘Street’ says Anthony Horowitz. A wealthy, privately educated man who probably calls a street a ‘boulevard.’

“Sorry. What I meant to say was Idris Elba is too” *consults racist euphemism cheat sheet* “urban contemporary to play the new James Bond.”

Idris Elba is ‘too black’ to play Bond, says man who thinks he is disguising his racism far better than he really is. — All Work & No Ethel (@Ethelmonster) September 1, 2015

Idris Elba isn’t “too street”. I’m more street than he is and I’m a white girl living on the border between Rochester & Pontiac. FFS.