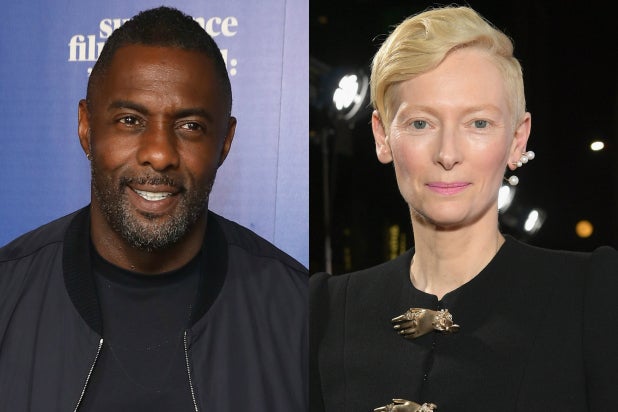 Idris Elba and Tilda Swinton are attached to star in Oscar-winning director George Miller’s next project “Three Thousand Years of Longing,” according to individuals with knowledge of the project.

The two actors are on board, but no deals have been made since the project doesn’t have financing as of yet. Another source familiar with the project told TheWrap that it has not been introduced into the marketplace.

FilmNation will handle international sales and introduce the project to buyers at the upcoming American Film Market. CAA Media Financing is handling U.S. and China sales

Miller is directing the film from a screenplay he wrote. Details for the film are being kept under wraps, but the project is being described as unlike anything Miller has done before. What roles Elba and Swinton might end up playing is unclear.

Elba is playing the antagonist in the “Fast and Furious” spinoff “Hobbs and Shaw” with Dwayne Johnson and Jason Statham, which is currently filming. He was also recently tapped to play the villain Macavity in Universal’s adaptation of Andrew Lloyd Webber’s hit musical “Cats,” joining Jennifer Hudson, Taylor Swift and James Corden in the film.

“Three Years of Longing” will mark Miller’s return to the directors chair after 2015’s “Mad Max: Fury Road,” which won six Oscars and was nominated for best picture, director, cinematography and visual effects.