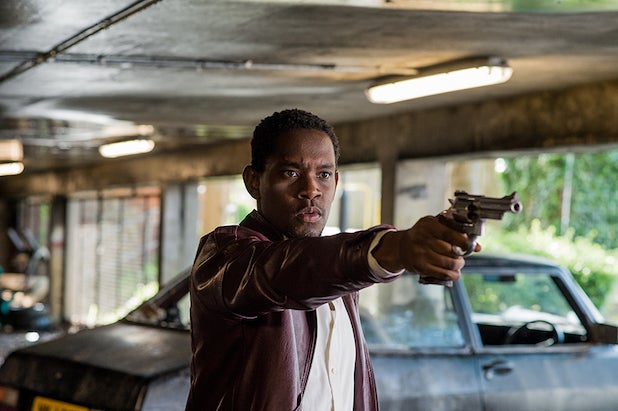 “Yardie” will receive a theatrical release on March 15. The film originally premiered at the Sundance Film Festival in 2018 in the world cinema – dramatic competition and was chosen as the opening night film at this year’s Caribbean Film Festival at BAM in New York City.

Directed and executive produced by Elba, “Yardie” was written by Brock Norman Brock and Martin Stellman based on Victor Headley’s novel.

Set in ’70s Kingston and 1980s Hackney (a neighborhood in London with a large Jamaican community), “Yardie” (a term used for Jamaican gang members) centers around the intertwined worlds of the Jamaican narcotics syndicates and the music industry, following a young courier named ‘D’ (Aml Ameen) to London where he seeks revenge for his brother’s murder and also reunites with his estranged girlfriend (Shantol Jackson) and child.

The film is produced by Gina Carter and Robin Gutch for Warp Films. The film was financed by Studiocanal, the BFI, BBC Films and Screen Yorkshire.

“I’m very happy that this movie is going to get play in the States,” Elba said in a statement. “It falls in line with a very specific Afro Caribbean experience by the way of Kingston, Jamaica, and East London but plays right into the heart of the universal human experience of loss and trauma. My work as an actor both in the UK and US informed every decision I made as a director and my love of music give this film a pulse I know they will feel in Brooklyn!”

Elba can next be seen in the Netflix comedy series “Turn Up Charlie,” a series he created, produced and starred in, as well as in the return of the BBC series “Luther” later this year and in Universal’s “Hobbs & Shaw.”

The deal was negotiated with Anna Marsh, EVP International Distribution, at Studiocanal.

Coachella 2019 Lineup: 19 Surprises and Snubs From This Year's Poster (Photos)

"DJ" Idris Elba and news-machine Ariana Grande's ascendancy to headliner status are amongst the surprises in this year's lineup announcement. Click through for more ...