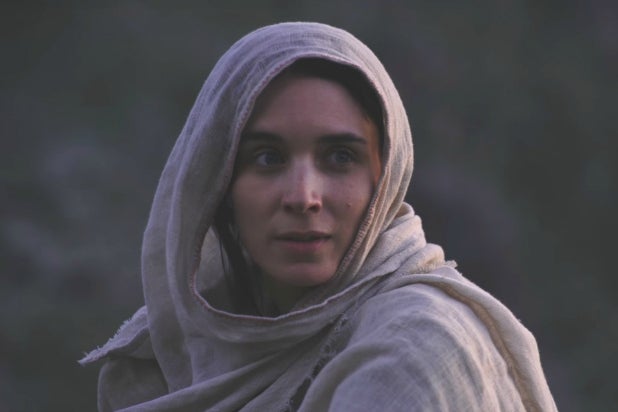 IFC Films has acquired the U.S. rights to “Mary Magdalene” starring Rooney Mara and Joaquin Phoenix as Jesus Christ for a release in less than a month, the company announced Wednesday.

Garth Davis’ religious drama had its world premiere at the National Gallery in London in 2018 and received an international release, but it was previously on The Weinstein Company slate and was caught in release limbo after the Harvey Weinstein scandal. Now IFC will open the film theatrically on April 12.

Mara stars as Mary Magdalene opposite Phoenix’s Jesus and Chiwetel Ejiofor as Peter. “Mary Magdalene” aims to depict the moving story of “one of the most misunderstood women in history alternately vilified as a sinner and canonized as a saint.” Here’s the full synopsis:

In the First Century A.D., the free-spirited Mary (Mara) flees the marriage her family has arranged for her, finding a sense of purpose in a radical new movement led by the charismatic, defiant preacher Jesus of Nazareth (Phoenix). The sole woman among his band of disciples, Mary defies the prejudices of her patriarchal society. She undergoes a profound spiritual awakening, becomes drawn her into conflict with Jesus’s apostles Peter (Ejiofor) and Judas (Tahar Rahim, star of Jacques Audiard’s “A Prophet”), and finds herself at the center of an earth-shaking historical moment. “Mary Magdalene” is a rapturous, moving account of a miraculous woman who risked everything to follow her faith.

Helen Edmundson and Philippa Goslett wrote the film. The producers are Iain Canning, Emile Sherman, and Liz Watts, with cinematography by Greig Fraser and music by Hildur Guðnadóttir and the late Jóhann Jóhannsson. The film is the second for Davis after his breakout 2016 drama “Lion.”

“Mary Magdalene” was produced by See-Saw Films and Porchlight Films. The deal for the film was negotiated by Arianna Bocco, EVP of Acquisitions and Productions at IFC Films/Sundance Selects/IFC Midnight and UTA on behalf of the filmmakers.