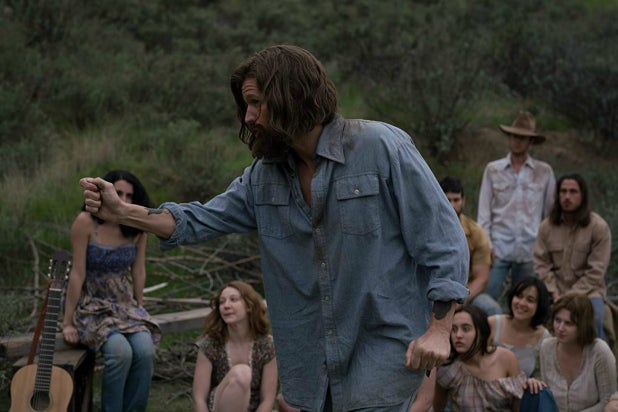 IFC Films has picked up U.S. rights to “Charlie Says,” about three young women who fell under Charles Manson’s spell and carried out a series of brutal murders, including that of Sharon Tate, Roman Polanski’s pregnant wife. The company announced the deal on Monday.

The film, which premiered earlier this month at the Venice Film Festival, was directed by Mary Harron (“American Psycho”) from a script penned by Guinevere Turner (“American Psycho”). The film is based on Ed Sanders’ 1971 bestselling book “The Family.”

The film follows three young women who were sentenced to death in the Manson murder case. But after the death penalty was lifted, their sentence became life imprisonment. As one young graduate student visits Manson’s former followers in prison, the audience witnesses their psychological rehabilitation through her eyes, as the women face the reality of their horrific crimes.

The deal is in the seven figures, according to an individual with knowledge of the pact who told TheWrap.  It was negotiated by Arianna Bocco, EVP of acquisitions and production at IFC Films and UTA Independent Film Group on behalf of the filmmaker. IFC Films is planning for a 2019 theatrical release.

Also Read: Fox Has a Charles Manson Special Based on Rare Footage From Inside the Cult