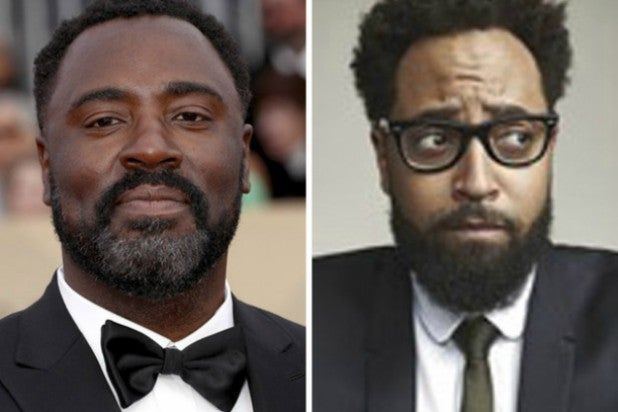 IFC has picked up a new musical variety sketch comedy show, “Sherman’s Showcase” from “Late Night with Jimmy Fallon” duo Bashir Salahuddin and Diallo Riddle and will be executive produced by John Legend, the network said on Thursday.

The scripted series, which will debut in 2019, will see Salahuddin play Sherman McDaniel, a host of a fictional music variety series. IFC says the series draws inspiration from “Soul Train,” “American Bandstand,” “The Midnight Special” and “In Living Color.” Along with Legend, Mike Jackson and Ty Stiklorius are attached to serve as executive producers through their company, Get Lifted Film Co.

“When Bashir and Diallo brought us such a fully formed concept, universe and tone from the first pitch, we knew this was going to be a special show for IFC,” said IFC president Jennifer Caserta. “We’re incredibly excited that they brought Radical and Get Lifted into the mix from the start because music is integral to this show’s dynamite DNA.”

Also Read: Paul Rudd's 'The Catcher Was a Spy' Picked Up by IFC Films

Salahuddin and Riddle are known for their work on Jimmy Fallon’s version of NBC’s “Late Night,” with such segments as “Slow Jam the News,” “The History of Rap” and “Milky J.”

“Diallo and Bashir are such a talented comedic duo, and we’ve wanted to work with them for quite a while.  When they came to us with Sherman’s Showcase, we knew it felt really special,” said Legend. “We’re excited to bring the worlds of music and comedy together in this exciting series, and we’re happy to team with IFC and RadicalMedia to bring their comedic brilliance to life.”