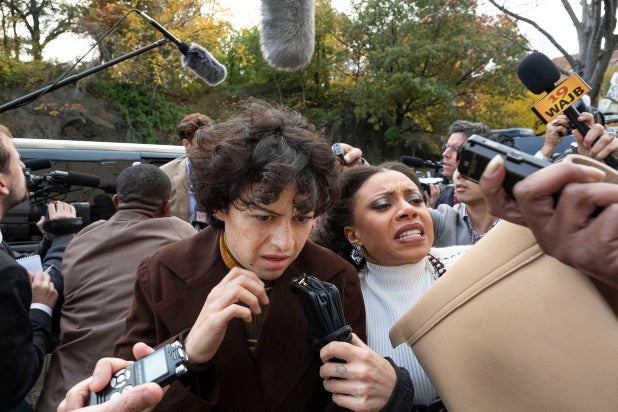 The first of the new companion podcasts is an audio accompaniment to Sarah-Violet Bliss and Michael Showalter’s comedy-thriller series “Search Party,” which is in its third season starring Alia Shawkat and Shalita Grant. HBO Max’s Ridley Scott sci-fi drama “Raised by Wolves” will also get its own companion podcast.

iHeartPodcast Network president Conal Byrne said in a statement the company is “beyond thrilled to forge this new partnership with WarnerMedia Entertainment to create an exciting slate of companion podcasts based on the incredible content coming to HBO Max.”

“WarnerMedia Entertainment’s networks and brands have long been a marvel in the entertainment industry, and we’re ecstatic for the opportunity to be a part of their legendary storytelling and to bring this trove of new content to the iHeartPodcast Network,” Byrne added.

The two companies will pool their resources to promote the shows — which will be available on all podcast platforms. HBO Max told TheWrap through a spokesperson that neither of these companion podcasts have launch dates yet.

WarnerMedia said in a statement the deal entitles iHeartMedia to produce podcasts based on shows hosted on WarnerMedia’s networks including TNT, TBS and truTV.

“We look forward to working with iHeartMedia as we continue to find new ways to break ground and create opportunities for our storytellers to do what they do best,” HBO Max chief content officer Kevin Reilly said in a statement Tuesday. “Today’s streaming fans are hungry for more content the second they finish an episode of their favorite shows, and podcasts are a great way to keep those fans engaged while also giving our roster of creative talent additional tools to extend the worlds of their shows and stories.”