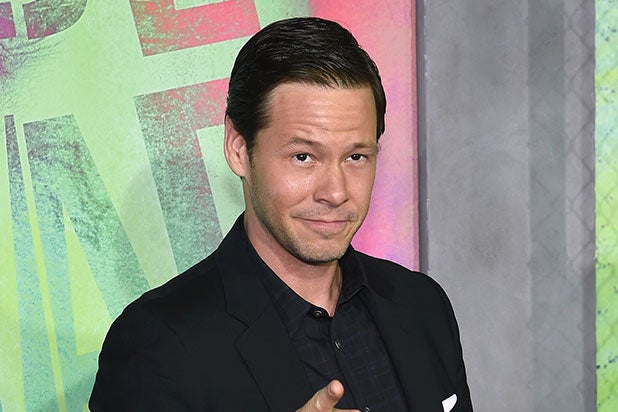 Universal Pictures announced on Friday that Ike Barinholtz has joined the cast of the studio’s upcoming action-thriller “The Hunt.”

The plot for “The Hunt” has been kept under wraps. Deadline reported earlier this week that it’s expected to explore the escalating aggressiveness between the political right and left in America.

The script for the film is being written by “Lost” and “The Leftovers” creator Damon Lindelof and collaborator Nick Cuse.

Craig Zobel, who worked with Lindelof and Cuse on the HBO series “The Leftovers,” will direct.

Universal plans to release the film in theaters on Oct. 18.

It was announced earlier in the week that Emma Roberts (“American Horror Story”), Justin Hartley (“This is Us”) and Glenn Howerton (“It’s Always Sunny in Philadelphia”) will star in the film.

Barinholtz was last seen opposite Tiffany Haddish in “The Oath,” which he also directed. His other film credits include “Blockers,” “Snatched,” “Neighbors” and Neighbors 2,” “Suicide Squad” and “Sisters.” He also wrote the action comedy “Central Intelligence” starring Kevin Hart and Dwayne Johnson with writing partner David Stassen.

Barinholtz will next be seen in CBS All Access’ “The Twilight Zone,” from “Get Out” and “Us” writer/director Jordan Peele. Among Barinholtz’s TV credits is “The Mindy Project,” for which he also served as a writer and producer, and he reunited with creator Mindy Kaling for the upcoming June release of the Sundance hit comedy “Late Night.”

Also Read: 'Fast & Furious 9' Moves Back a Month for Summer 2020 Faceoff With 'Godzilla vs. Kong'

Jason Blum will produce “The Hunt” for his Blumhouse Productions alongside Lindelof for his White Rabbit shingle, while Cuse and Zobel executive produce.