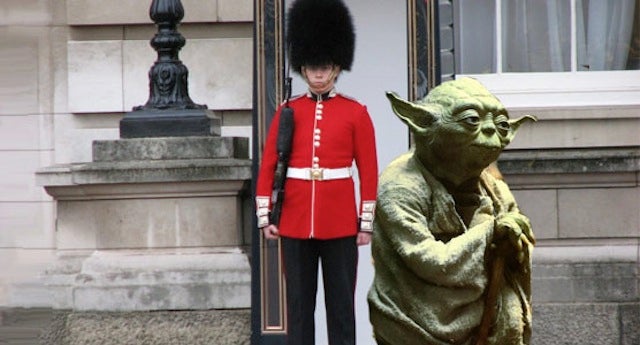 As the new "Star Wars" movie gets ready for production, visual effects giant Industrial Light & Magic is looking at opening a facility in the United Kingdom to take advantage of foreign tax subsidies, the company told TheWrap on Tuesday.

Miles Perkins, head of corporate communications for ILM's parent company Lucasfilm, said that the company had not yet decided whether to do the visual effects work in London but was considering it. "We're evaluating a number of different scenarios and doing our due diligence," he said.

The move would be significant because ILM, based in northern California area and considered the grandfather of modern visual effects artistry, will be leading the work on the new "Star Wars" trilogy announced by Disney last year when it acquired Lucasfilm. That will likely be a sprawling, special effects intense project.

The facility would be used for visual-effects work on the films, which may be partly shot in England. ILM has been scouting locations in East London, known as the Docklands, an individual with knowledge of the situation told TheWrap. It has also explored installing fiber optic cable so its team based at headquarters in the Presidio of San Francisco can oversee work coming from the U.K.

Considered the gold standard in the visual-effects industry, ILM helped revolutionize the business through its work on films like the Indiana Jones franchise and "Jurassic Park." Yet rivals say that it has been outflanked in some cases by foreign visual-effects companies that are able to offer studios more generous tax incentives on their post-production work.

"If they open in London they’re going to kill everyone there," a rival visual-effects executive said. "There’s no bigger name."

Perkins said that there were no plans to leave the Bay Area. "The core of our business is here, and there isn’t the intention of diminishing that core," he said. "That would be suicide. The people who make up our brain trust are here, and we have no intention of doing anything to change that."

Perkins likened any expansion in London to ILM's announcement in 2012 that it was establishing a hub in Vancouver to work on specific projects. Like the U.K., certain Canadian cities such Vancouver offer more generous post-production tax credits and subsidies than California.

Though ILM said it will not reduce its San Francisco presence, the rival executive said he has seen several resumes circulating from former ILM employees since April. Perkins said those were likely project employees who cycled out when work was completed on several upcoming summer releases like "Pacific Rim."

"It is common for this to happen coming out of the summer films only to ramp up again in the fall," Perkins said.

"This isn't an easy business, but this company is pretty darn stable," he added.

Perkins did not say when a decision on putting a possible London office would be made, but said the bulk of the effects work on the first of the new "Star Wars" films will be done between 2014 to 2015.