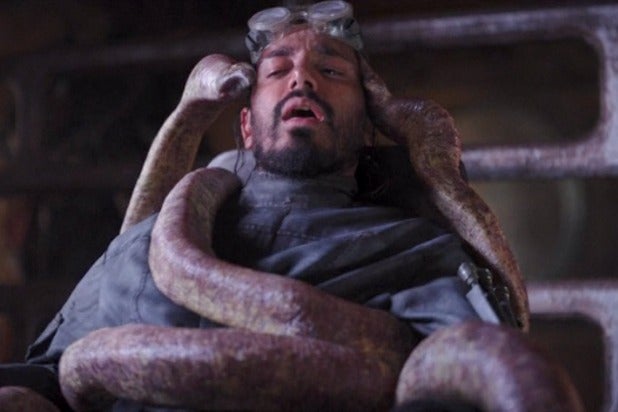 I woke up Tuesday morning to a bunch of emails about the “Han Solo” movie getting a title. I didn’t click through to any of them. I just hit the snooze button and rolled over and went back to sleep. Eventually I found out what the title was but couldn’t muster up enough enthusiasm in any direction to even tweet about it.

It was just the latest in a long sequence of events that has made something very clear to me: it’s about time I broke up with with “Star Wars.”

I had another similar incident last week with the trailer for “The Last Jedi” hit. I don’t know what I expected to feel as I watched the trailer for “The Last Jedi” on my phone while standing in a mall parking lot in Hilo, Hawaii on the last day of my vacation, but what came surprised me. It wasn’t anger or some other kind of distress — I didn’t dislike the trailer. Not ennui — that’s too strong a concept for what I was feeling.

Apathy. Yeah, apathy. The thing just didn’t register. I did an obligatory snarky tweet about being interested in seeing how much of that interesting cinematography actually makes it into the movie, and moved on with my life (in the form of getting on a plane back to LA). That was, thus far, the only time I’ve watched the trailer.

I’m gonna back this anecdote up for a second to drive this point home. I was actually in a movie when the trailer dropped during Monday Night Football. I saw the “Flatliners” remake, which I enjoyed more than “The Force Awakens.” I glanced at my phone to check the time at some point and saw the trailer was up. I thought “oh yeah, huh,” to myself as I turned my attention back to the movie and the group of loud, rowdy teens that had filled the theater for whatever reason.

What I’m saying is I was so apathetic about this thing that I, a “Star Wars” lifer, couldn’t even be bothered to step out of a screening of “Flatliners” (which sports a 6% approval rating on Rotten Tomatoes) to watch the new “Star Wars” trailer.

You get the picture.

Looks, it really isn’t an exaggeration at all to call myself a “Star Wars” lifer. That was the only fandom I ever truly embraced, starting when I was a kid. But there’s only so much I can take without getting an actually good new “Star Wars” movie in my lifetime. We’re six movies deep at this point (I was born in 1987, so that’s the prequels, that theatrical “Clone Wars” movie and the two new ones), and I think I’ve hit my limit thanks to how the new LucasFilm has handled the property.

All those trailers that featured very prominent scenes and dialogue that didn’t make it into the movie. All those director changes and rewrites and rewrites of rewrites and other behind-the-scenes drama in service of putting out the most bland and unremarkable product possible. The apparent ongoing lack of vision from the studio — bringing JJ Abrams back for “Episode IX” feels like an embrace of that lack of vision, not a course correction.

I can’t even get into the new Expanded Universe books and comics because I lack a touchstone for the rebooted continuity. “The Force Awakens” was absolutely disastrous in that regard, doing so little to connect the dots between the old movies and new. I get all these new book and read 30 pages before giving up. Maybe EA’s big-budget story-focused video game could have helped in that regard, but that’s apparently been shelved with the studio making it shelved.

So, look, “Star Wars”: we had a good run, but it’s over. We can still be friends (I’m still gonna see your movies because I’ll still have to do Hot Takes like this one for work), but I gotta move on. You’ll be fine — you’ve got millions of other people happy to continue keeping you warm at night. You won’t even notice I’m gone.

But for the sake of my own sanity I had to make it official. You’re bad for me, “Star Wars,” so it’s time for us to go our separate ways. Congrats, Disney, you’ve managed to temper my enthusiasm for “Star Wars” in a way that even the thoroughly incompetent prequels weren’t able to. At least those movies were sincerely bad, instead of cynically, calculatingly so.

P.S. If you do decide at some point you want to pander to me, I have two pieces of advice. First, the “Star Wars” brand is strong enough that you don’t have to panic about four quadrant appeal or whatever. Just make good movies! And actually allow the spinoffs to to be their own thing instead of trying to jam them into fitting with your wrong idea about what makes a real “Star Wars” movie. Second, no more tentacle monsters.