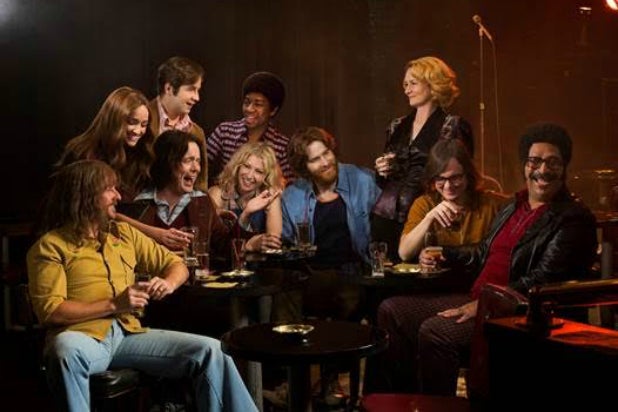 The “I’m Dying Up Here” got some very poignant advice on doing stand up from executive producer Jim Carrey before the show started production.

During the Television Critics Association press tour, series star Ari Graynor said that Carrey offered the following gem regarding the best way to do comedy: “It’s your responsibility to take the pain and alchemize it into something beautiful.”

At the same panel, Carrey also said that several incidents portrayed on the show were based on his own experiences as a young comic, including living out of a closet when he was just starting out.

Set in the 1970s Los Angeles stand-up comedy scene, the show will “delve into the inspired and damaged psyches that are required to stand alone in front of an audience and make them laugh,” per Showtime’s official description.

The L.A. comics will be mentored by “Goldie” (Leo), a brassy comedy club owner who rules over her business with an iron fist and nurtures her comedians with tough love. Graynor, Santino, Cyler, Griffin and Guarino star as the main stand-ups at the club. Angarano and Duke play ballsy young comedians from Boston who move to L.A. with the hopes of making it big.

Also Read: 'The Affair' Renewed for Season 4 at Showtime

The pilot was directed by Jonathan Levine and is based on the non-fiction book of the same name by William Knoedelseder.

“I’m Dying Up Here” will premiere on June 4 on Showtime.