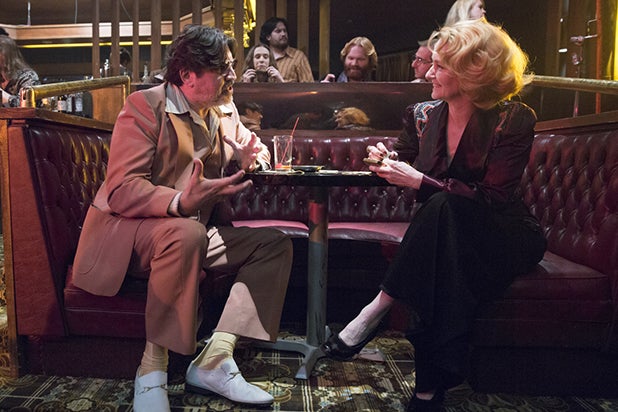 Showtime is renewing the drama series about comedy, “I’m Dying Up Here,” for a second season, the network announced Friday.

The show, executive produced by Jim Carrey and partially inspired by his experiences as a budding stand-up comic, follows a group of Los Angeles comedians in the 1970s. It’s based on the non-fiction book of the same name by William Knoedelseder. It was created by Dave Flebotte, who also serves as executive producer, along with Michael Aguilar and Christina Wayne.

“It is gratifying that so many comedians tell us this series really nailed the comedy club experience,” said president of programming at Showtime, Gary Levine. “The talented ensemble… led by the brilliant Melissa Leo, and an equally skilled creative team behind the scenes, tell stories that scale the heights of comedy and the depths of drama, often at the same time.

“I’m Dying Up Here” is set to go back into production this fall and is slated to return with 10 new episodes in 2018.

“Having heard their plans for season two, I’m excited about the journeys these characters will take and the new ground the show will break,” Levine continued.

The first season received mixed reviews from critics, according to Rotten Tomatoes, who thought that the script was muddled but noted the show had a lot of potential.