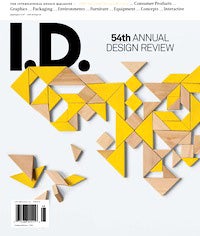 We’ve seen plenty of magazines fold in 2009. And, despite the initial outrage from their loyal readers — and suckiness you feel about talented people losing their jobs — you can usually understand the publisher’s rationale.

This one’s no different. I.D., the 55-year-old design magazine, is shutting down, F+W, its publisher, announced late Tuesday.

Despite the sting, it makes sense: the title was losing money and, alongside F+W’s Print, was redundant, at least in the eyes of some advertisers.

It wouldn’t have been, however, if casual fans of the magazine – like me – actually bought or subscribed to I.D.

People like me are the reason I.D. and other respected magazines fold. We sit in Barnes & Noble and read them with a cup of Starbucks on Sunday, like our own little periodical library.

Occasionally we buy them, but not often. Rarely, even.

If there’s a great article or interview, we take note of the title and find it online later, so we can forward it to friends or tweet the link to our followers.

All of this is good for the brand, but means nothing to the publishers’ bottom line.

To Readers, Advertisers and Friends of I.D. Magazine:

Since 1954, I.D. Magazine has served as one of America’s leading critical magazines covering the art, business, and culture of design. Today it is with regret that we announce its closure. The January/February issue of I.D. will be its last; subscribers to I.D. will receive Print magazine for the balance of their subscription.

Ceasing publication of an iconic brand like I.D. is never an easy decision, but there are several forces that have worked against its sustainability. Certainly the downturn in print advertising has contributed to this decision, but other factors include the fragmentation and specialized information needs of I.D.’s core readers (product designers) and the plethora of information resources available to them — some for free (online and B2B) and others that are highly specialized and targeted to specific industries served.

F+W Media will continue producing the I.D. Annual Design Review, its flagship international product design competition, in an expanded fashion online. This new web initiative will feature not only 2010’s winners but will catalog thousands of notable entries from past competitions. Going forward, in addition to the I.D. Annual Design Review, F+W Media’s Design Group is comprised of the award-winning HOW and Print brands — magazines, books, events, and competitions serving the information needs of graphic designers in all media.

We thank the entire I.D. community, past and present — staffers, contributors, readers, and advertisers — for their support of the magazine throughout its 55-year history.