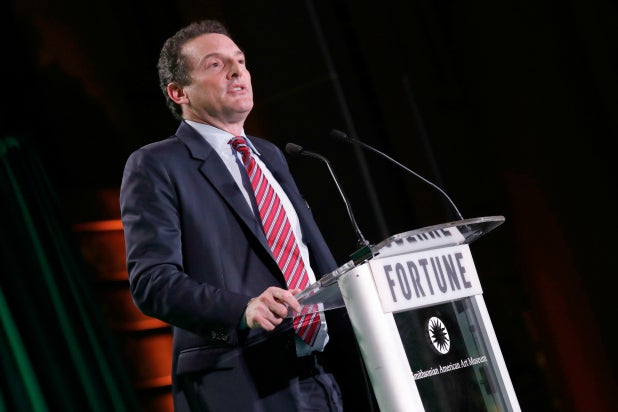 Imagine Entertainment’s recently appointed CEO Rich Battista has left his position overseeing the company after spending less than four months in the role.

“Rich Battista has left Imagine Entertainment,” co-founders Brian Grazer and Ron Howard said in a joint statement. “We thank Rich for the time he spent working with us and the contributions he made, and we wish him the best going forward.”

Battista, a former executive at Fox and Time Inc. where he was president and CEO,  was hired to run Imagine in late August and was tasked by Grazer and Howard to help expand the production company’s business.

With now seven different divisions within Imagine, including film, TV, streaming and documentary, as well as family and branded content, the company needed someone to effectively manage the disparate arms.

“It felt like we’d better get someone who could be in the middle of all that operationally, to optimize those divisions, to raise money if it’s needed and to be the team captain,” Grazer told the L.A. Times in September. “That enables Ron and I to focus on what we do the best.”

At the end of the day, however, the executives disagreed about the best way to manage those divisions and pursue growth strategies, ultimately deciding it would best to part ways, according to an individual familiar with the decision.

Battista had replaced former Endemol Shine North American chief Charlie Corwin. Corwin also had a short tenure at the company, resigning in April 2018 after less than a year.

“I enjoyed the opportunity to work with Brian and Ron and the team at Imagine and I look forward to seeing what they do in the future during this exciting time in the industry,” Battista said in a statement.

Imagine Entertainment’s upcoming projects include a Howard-directed adaptation of “Hillbilly Elegy” for Netflix.