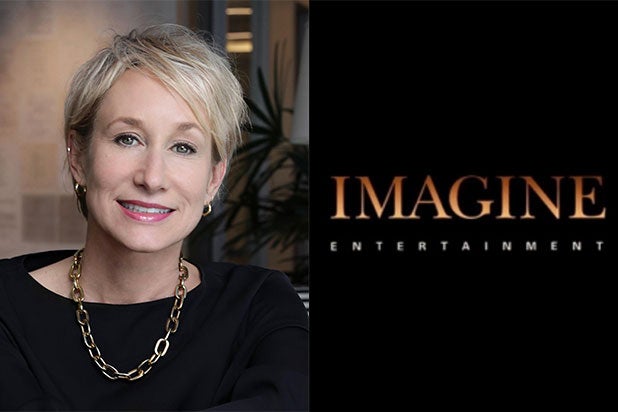 Imagine Entertainment announced on Friday the company has launched a new kids and family division and tapped Stephanie Sperber to head the new banner. The announcement was made by Chairmen Brian Grazer and Ron Howard.

The division will develop and produce premium animated and live-action feature films, television series and short-form content across all platforms in the kids and family entertainment space, the company said.

Sperber, who has a long career building and monetizing kids and family businesses, IP and franchises, will serve as president of Imagine Kids & Family. She will also continue her role as CEO of the agency she founded, White Space Entertainment, which focuses on building kids franchises through consumer products and digital gaming.

“Our emphasis will be on great storytelling that appeals to global audiences and has the potential to grow into true franchises,” Grazer said in a statement. “Sperber is a rare executive that can see the merits of a project not only in its ability to entertain, but also to resonate beyond the screen.”

Imagine said that its kids and family unit will work with established and emerging creative voices in kids animation and live-action to bring the best stories to life for kids around the world, and develop original IP for television and short-form for digital platforms.

“It’s always been a dream of mine to work with Brian, Ron, and Michael and to develop content for kids that is meaningful, purposeful and just plain fun,” Sperber said in a statement. “I look forward to merging my creative and business backgrounds to build the Imagine Kids & Family brand around the world while continuing to lead White Space independently in building global consumer products and gaming programs to support our clients’ IP.”

Sperber began her career with the launch of the Cartoon Network working with Turner Broadcasting as an executive at Hanna-Barbera Cartoons.  Before entering the entertainment industry, Sperber worked for Senator Joe Biden on the Senate Judiciary Committee as a speechwriter.