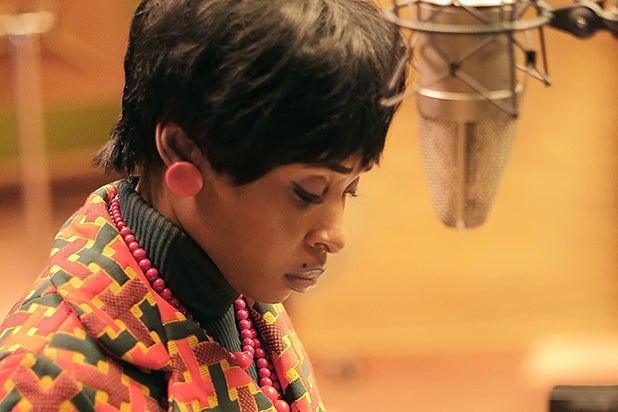 The two companies will collaborate on music-centered projects across multiple mediums, including film, television, documentary, and other short-form content. Imagine and Warner Music Group are already working together on the third season of National Geographic’s “Genius” anthology series, which spotlights Aretha Franklin.

Warner Music’s participation in the series will allow the series to feature many of Franklin’s songs and recordings, including “I Never Loved a Man (The Way I Love You),” “Chain of Fools,” “Don’t Play That Song,” “Since You’ve Been Gone” and “Baby I Love You.” It will also feature Franklin’s performances of “I Knew You Were Waiting for Me,” “Freeway of Love” and “Sisters Are Doin’ It for Themselves.” Cynthia Erivo stars the late Queen of Soul, alongside Courtney B. Vance, David Cross, Malcolm Barrett, Patrice Covington, Kimberly Hébert Gregory, Rebecca Naomi Jones and Sanai Victoria.

“I’ve always looked for new ways to bring a story to life. This is my passion. Our new partnership with WMG gives us a new dimension to do exactly that – ignite emotion in stories,” said Brian Grazer. “The content that lives inside songs gives life to a fresh sonic and cinematic power. Len Blavatnik is a visionary in the space and everyone at Imagine is thrilled to partner with him and his team. Thanks again to WMG, particularly Steve, Max and Charlie.”

Added Warner Music Group CEO Steve Cooper: “We’re excited to be partnering with Ron, Brian, and the stellar team at Imagine to bring to screens the captivating stories of our artists, our songwriters, and our labels. With a global roster of superstar talent and a rich musical history in our archives, we have great opportunities to marry music, narrative, and image through biopics, documentaries, and other visual platforms. I can’t wait to see what emerges from the collaboration between our team at Warner Music Entertainment, led by Charlie Cohen, and the inspired creativity of Imagine.”