Imagine Television is working with Roddenberry Productions and its CEO, Rod Roddenberry, to develop the pilot "The Questor Tapes" by the late Gene Roddenberry. 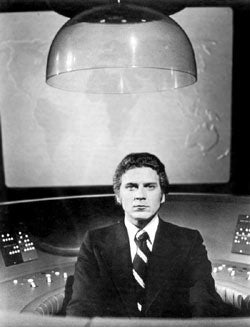 The deal was announced Wednesday at the Academy of Television Arts & Sciences’ Hall of Fame induction ceremony, where Rod Roddenberry accepted the posthumous honor on his father’s behalf from presenter Seth MacFarlane.

"The Questor Tapes" was originally conceived as a series pilot about an android with incomplete memory tapes who searches for his creator and his purpose. It aired as a TV movie in 1974, starring Robert Foxworth and Mike Farrell.

"My father always felt that ‘Questor’ was the one that got away," Roddenberry said in a statement. "He believed that the show had the potential to be bigger than ‘Star Trek.’"

They are in negotiations with writer-producer-showrunner Tim Minear ("Lois & Clark," "The X-Files," "Angel," "Dollhouse") to produce.

Imagine’s television production credits include Fox’s "Arrested Development" and HBO’s "From the Earth to the Moon."