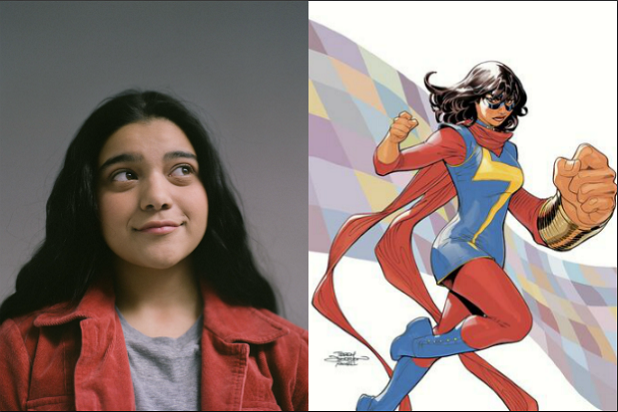 Newcomer Iman Vellani has been cast to play Kamala Khan is “Ms. Marvel,” the upcoming Disney+ show centered around Marvel’s first Muslim superhero, according to an individual with knowledge of the project.

Kamala Khan is a 16-year-old Pakistani-American from New Jersey, and she became Marvel Comics’ first Muslim character to headline her own comic book.

“Ms. Marvel” was created by writer G. Willow Wilson, artist Adrian Alphona and editors Sana Amanat and Stephen Wacker and made her comic book series debut in February 2014. Wilson was the sole writer on the Kamala Khan run of “Ms. Marvel” for five years and 60 issues. The “Ms. Marvel” series was announced last year during the D23 Expo, along with “Moon Knight” and “She-Hulk.” Marvel Studios chief Kevin Feige said Khan would also appear in future films.

“I think there’re some characters who are very much set up for the big screen; they’re very naturally sort of cinematic. But with Ms. Marvel, we really weren’t interested in creating something that had very obvious film potential,” writer G. Willow Wilson told Polygon. “She’s got very comic booky powers. God bless them trying to bring that to live-action. I don’t know how that’s going to work out in a way that doesn’t look really creepy.”

Khan’s powers include the ability to enlarge or shrink any part of herself she wants. She is the second superhero to use the “Ms. Marvel” moniker, adopting the name as a tribute to Carol Danvers, the first to use the name. Danvers, as many Marvel Cinematic Universe fans know, now goes by the name Captain Marvel.

“Ms. Marvel” would be the first major production for Vellani who is part of the Toronto Film Festival’s 2019-2020 Next Wave Committee, which consists of “a group of 12 students ranging in age from 15 to 18 and selected from a competitive pool of hopeful young film enthusiasts,” according to the TIFF website. Vellani describes herself as curious, adventurous, meticulous, and says she would play Iron Man in a movie. “Ms. Marvel” will have to do for now.